In order to help monitor the fidelity of the October 2016 parliamentary election results, CRRC-Georgia will carry out quantitative analysis of election-related statistics using methods from the field of election forensics within the auspices of the Detecting Election Fraud through Data Analysis (DEFDA) project. The Project is funded by the Embassy of the United States of America in Georgia, however, none of the views expressed in the following blog post represent the views of the US Embassy in Georgia or any related US Government entity.

On August 19th, 2016 CRRC-Georgia presented and published a pre-analysis report for the project, which contained analysis of the new electoral boundaries set up following the 2015 constitutional court ruling that the previous boundaries were unconstitutional. The report also demonstrated how the methods of statistical analysis that CRRC-Georgia will use to monitor the 2016 elections work in practice. To do so, we used precinct level data from the 2012 party list elections. Specifically, CRRC-Georgia carried out two types of statistical analyses:

While today’s blog shows the logical checks that CRRC will apply to the final CEC vote records, tomorrow we will discuss the tests used to identify statistical anomalies in vote counts.

For the 2016 elections we will carry out two types of checks of the logical consistency of votes. Specifically, we will check:

These phenomena likely have numerous causes. While some are problematic, others are benign. 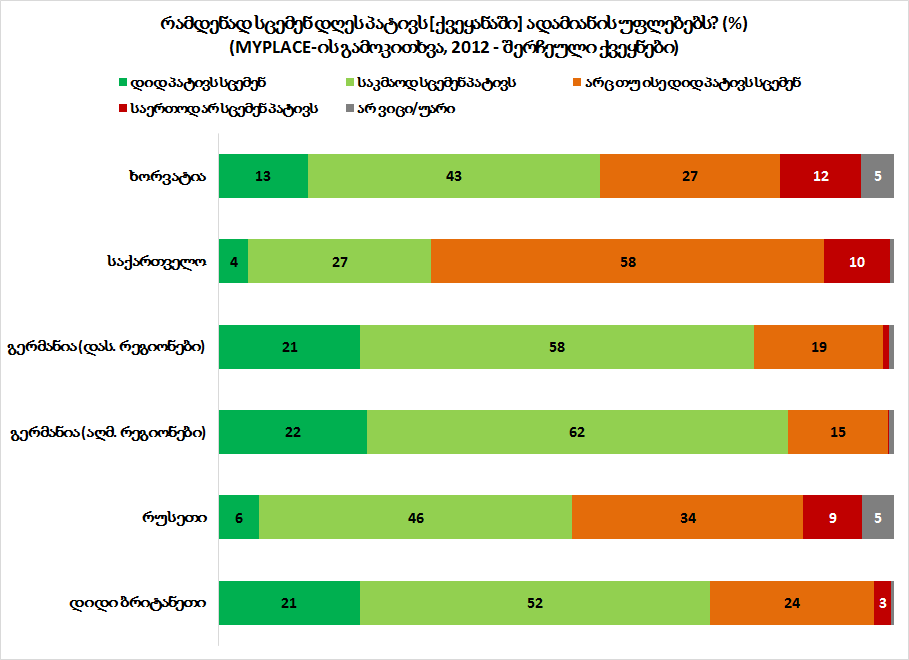 Potential causes for this situation include voters coming to polling stations, and:

In 18 cases, there were less signatures on voter rolls than ballots declared invalid and votes recorded. In 17 of the 18 cases there were 10 votes or less that were without a signature. However, in Gori there were 196. This may stem from a recording error, since there was a very high number of invalid ballots (221), or this may stem from another issue. Generally however, the causes of there being more votes and invalid ballots than signature recorded, the causes are less benign. They include:

Declining turnout
Another clear logical inconsistency in the official statistics on the 2012 elections is that the number of votes in several precincts declined between 12PM and 5PM, as well as in one district between 5PM and 8PM. That is to say, according to the official record, fewer people had voted at 5PM, in total, compared to five hours earlier at 12PM in these districts.

This is likely to be caused by a reporting error, with precinct officials recording the number of votes between these hours rather than the total number of votes at 5PM.

Conclusions
While each of the above logical inconsistencies in recording the vote is clearly an issue, which could imply malfeasance, we strongly suspect that the vast majority of cases described above stem from recording and data entry errors. While, we do not suspect malfeasance in any particular case, and do not believe that recording issues affected the outcome of the 2012 elections, the illogical recording of the vote is a serious issue.

In Georgia, elections and the outcomes of elections are regularly contested, with accusations of all sorts following the results. If Georgian voters see that the voting records have logical inconsistencies in them, this could undermine citizens’ confidence in the accuracy of the vote, and thus the legitimacy of election results.

In Thursday’s blog, we show how we will carry out tests for electoral malfeasance in the 2016 elections using tests from the field of election forensics. In the meantime, check out our full report or this visualization of the issues which Jumpstart Georgia created.