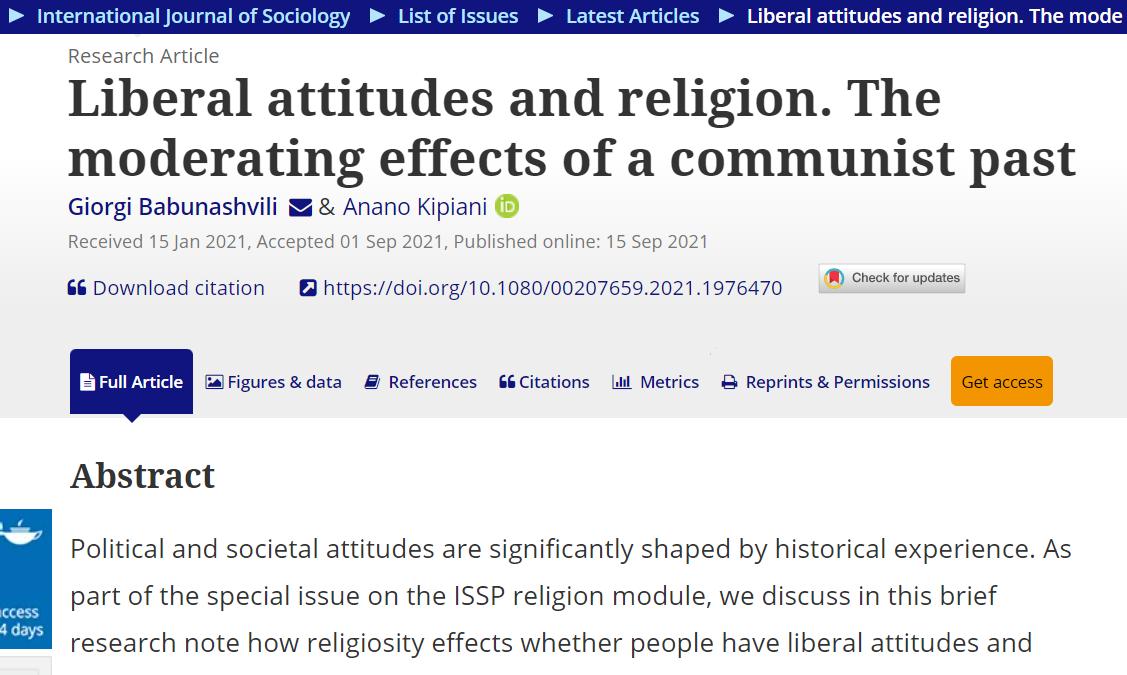 Free copies are available here for the first 50 people who click the link.

From the article: "Political and societal attitudes are significantly shaped by historical experience. As part of the special issue on the ISSP religion module, we discuss in this brief research note how religiosity effects whether people have liberal attitudes and how this varies across pre-dominantly Christian countries with and without communist pasts. The data show that overall, in post-Communist countries, religiosity has a weaker effect on liberal attitudes toward homosexual relations. At the same time, the overall level of tolerance concerning sexual minorities is lower, and there is a less variance in attitudes among the societies of former communist countries."