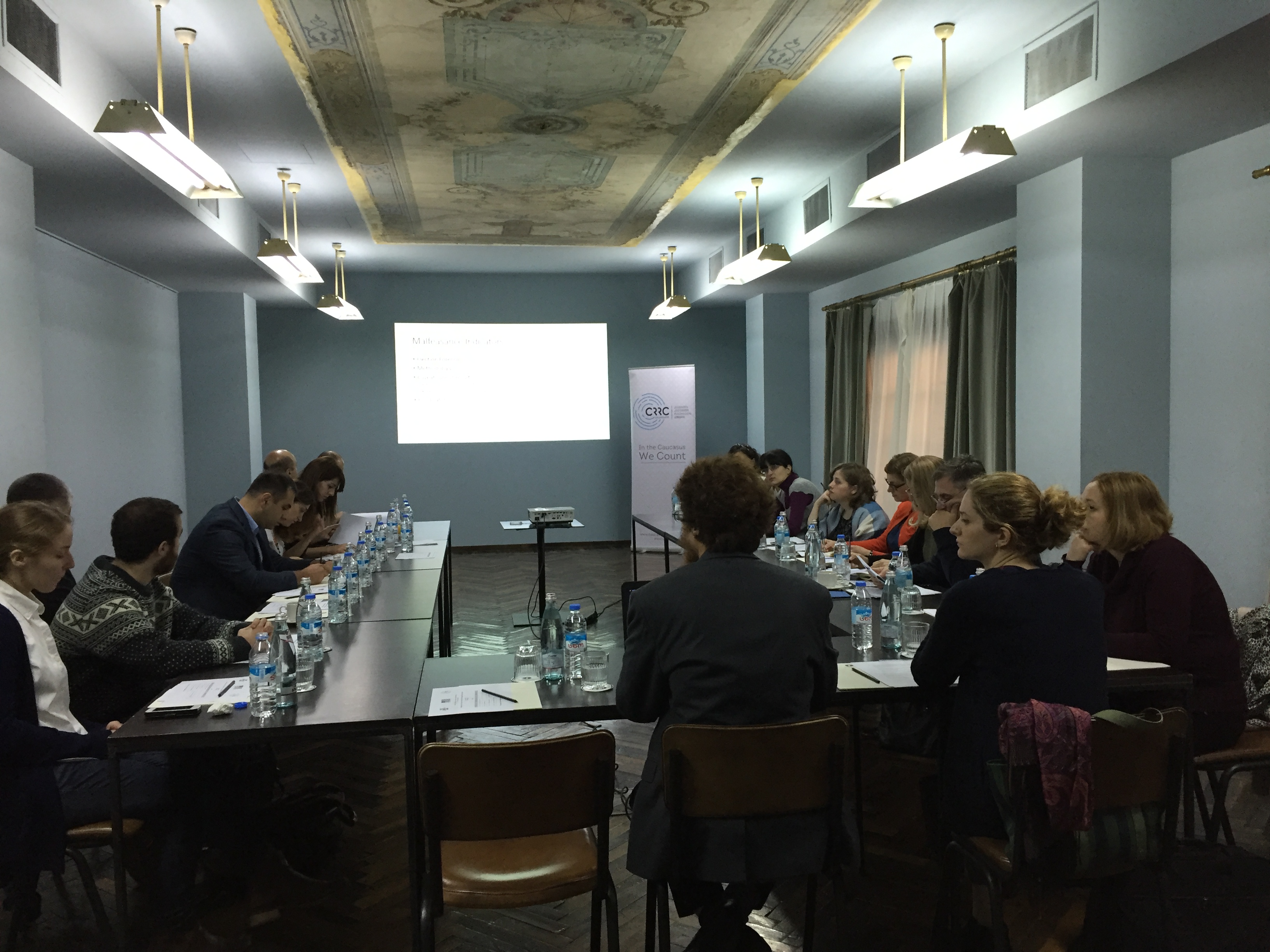 In order to help monitor the fidelity of the October 2016 parliamentary election results, CRRC-Georgia carried out quantitative analysis of election-related statistics using methods from the field of election forensics. On October 13, 2016 a round table was organized to introduce the “Preliminary Analysis of 2016 Parliamentary Election Results”. CRRC-Georgia’s Policy Analyst, Dustin Gilbreath presented findings of preliminary analysis, including challenges identified and recommendations developed in response to the challenges.

Overall, CRRC-Georgia found that official electoral statistics exhibit the same number of statistical anomalies as in 2012. Considering the fact that elections in 2012 were assessed as free and fair, we concluded that the 2016 elections were also free and fair.

The study is being implemented under the auspices of the Detecting Election Fraud through Data Analysis (DEFDA) project funded by the US Embassy in Georgia. The views expressed in the study are CRRC-Georgia’s alone and do not reflect the views of the United States Government, United States Embassy in Georgia, or any related entity.


The project's final report is forthcoming.