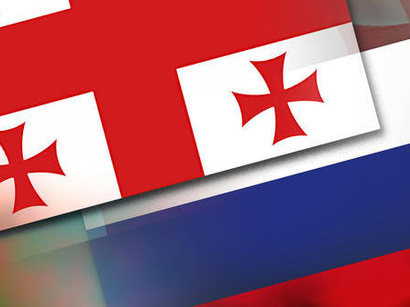 The power shift after the 2012 parliamentary elections in Georgia was accompanied by a rapprochement towards Russia, known as the “normalization” policy. The previous tense rhetoric on Russia was replaced by a relatively softened discourse, subsequently reflected in such behaviour as initiating talks and restoring trade relations. Building on the constructivist insights, this project explores this discursive and behavioral conversion in Georgia’s foreign policy by utilizing an interpretative approach. By combining perception and discursive theories, the project proposes a framework for interpreting policy shifts in an unchanged environment through leadership perceptions. Furthermore, the project argues that the “normalization” policy and accompanying discursive change should not merely be associated with a change in power relations, but also with different perceptions that characterize the new leadership. The project shows the advantage of this approach, firstly by investigating the previous and current government members’ perceptions based on data from twenty in-depth interviews conducted with key political figures in Georgia; secondly through conducting discourse analysis; and thirdly by examining actors’ positions and behaviour through a case study of the recent events in Ukraine. The project has been generously founded by Norwegian Institute for International Affairs (NUPI).

Kornely Kakachia is Full Professor at Ivane Javakhishvili Tbilisi State University, and has held visiting appointments at the John. F. Kennedy School of government, Harvard University and the Harriman Institute at Columbia University in New York. He earned his PhD in Political Science at Tbilisi State University. He is a member of the International Studies Association (ISA) and the Program on New Approaches to Research and Security in Eurasia (PONARS Eurasia). Professor Kakachia is the Director and founder of the Georgian Institute of Politics.

Levan Kakhishvili is a Junior Researcher for the research projects funded by the Academic Swiss Caucasus Net and Norwegian Institute for International Affairs and implemented by Tbilisi State University. Levan holds an MSc in Russian and East European Studies from the University of Oxford and an MSc in Transformation in South Caucasus from Ivane Javakhishvili Tbilisi State University. As a researcher Levan cooperates with Caucasian House, the Georgian Institute of Politics, and the Center for Post-Soviet Studies. His research interests include the security dimension of Georgian-Russian relations, Georgian and Russian foreign policies, political transition in the former communist space, minority issues and ethnicity.

Salome Minesashvili is a PhD student in Political Science at Ivane Javakhishvili Tbilisi State University, and her thesis focuses on foreign policy and national identity. She holds a Masters degrees in "Transformation in the South Caucasus" from Ivane Javakhishvili Tbilisi State University and in "International Political Theory" from the University of Edinburgh. Salome is also involved in several local and regional research projects, covering such topics as religious soft power, Georgian-Russian relations, and the role of ideas and identity in Georgia's foreign policy. Additionally, since September 2013 Salome has been cooperating with the Georgian Institute of Politics.