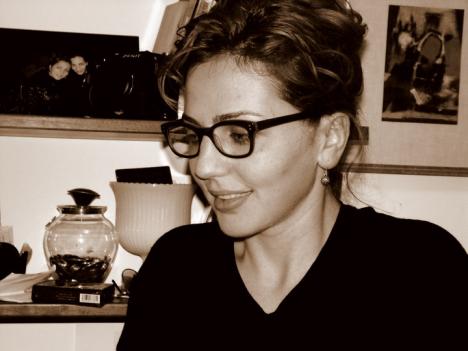 Anna Dolidze, University of Western Ontario
"Beyond the Binary of Exogenous and Endogenous Transitions: The International Governance of Transitional Justice in Georgia"

Anna Dolidze is a lawyer from the Republic of Georgia and a sought-after speaker and writer on law and human rights in Caucasus and Central Eurasia. In 2004–2006 Dolidze was the President of the Georgian Young Lawyers' Association, the leading human rights organization in Georgia. Dolidze targeted legal reform, advocated for government transparency, accountability, and criminal justice reform. Dolidze represented in court the victims of human rights abuses, including journalist Irakli Imnaishvili, "rebel judges" (four Justices of the Supreme Court that refused to resign under pressure), Anna Dolidze was a leader of the social movement to punish murderers of Sandro Girgvliani. She served on boards of a number of important organizations in Georgia, such as the Georgia Media Council, the Stakeholders Committee of the Millennium Challenge Corporation in Georgia, the Human Rights Monitoring Council of the Penitentiary and Detention Places, and the National Commission against Trafficking in Persons.

In 2013 Dolidze received a Doctorate in Law from Cornell University and was appointed Assistant Professor of Law at the University of Western Ontario.