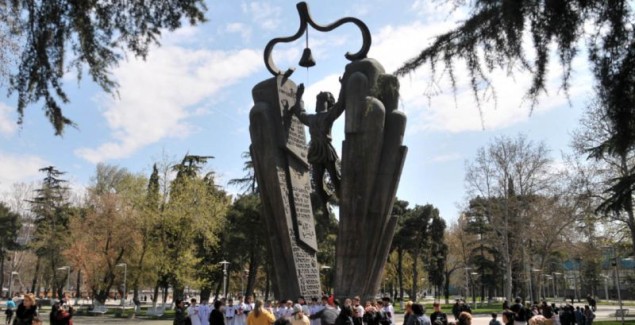 WiP: Entangled Nationalisms: Language, Autonomy, and the Brezhnev Constitution in the Georgian SSR, 1977-1978. Claire Pogue Kaiser will hold the talk on June 10

Two important movements in the Georgian SSR coalesced around public discussions about the Brezhnev-era constitution (the first revision since the 1936 Stalin Constitution) and its republic-level variants in the late 1970s. On the one hand, many Georgians rose to the defense of preserving the Georgian language's official status in the republic's constitution, leading to a petition campaign and street demonstrations. On the other hand, the constitution provided a means to lobby for greater autonomy and territorial transfer among Abkhaz residents via petitions and local gatherings ("skhody"). Drawing from new archival material collected during twelve months of research in Tbilisi, I examine these movements' dynamic and reactive qualities to show the realization of what I call the Brezhnev national-social contract at its apogee. This talk is based on the final chapter of my dissertation, titled Lived Nationality: Policy and Practice in Soviet Georgia, 1945-1978.

Claire P. Kaiser is a Ph.D. candidate in modern Russian history at the University of Pennsylvania, where she is completing a dissertation titled Lived Nationality: Policy and Practice in Soviet Georgia, 1945-1978. Her research has been supported by the American Councils/Department of State Title VIII Program, the American Research Institute of the South Caucasus, the Pew Foundation, and the University of Pennsylvania. Her articles and reviews have been published in The Soviet and Post-Soviet Review, Nationalities Papers, and Slavonica. She holds a B.S. in foreign service and an M.A. in Eurasian, Russian, and East European Studies from Georgetown University's Walsh School of Foreign Service. She speaks Russian and Georgian.