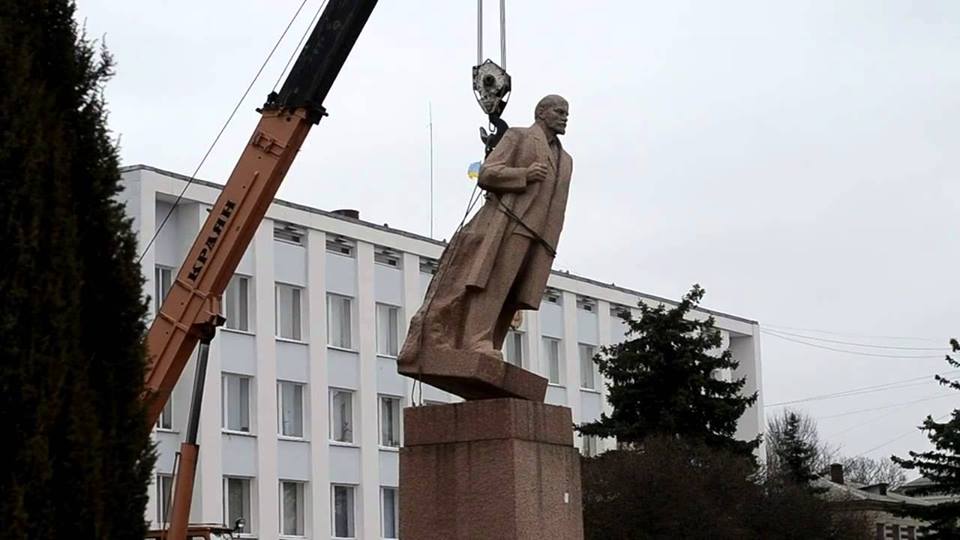 Since the Maidan revolution Ukraine has struggled to break with its Soviet legacy. This talk will present the findings of the speaker’s master’s thesis on de-communization in post-Maidan Ukraine. Questions about history, culture, and language were revisited after the Russian aggression following the Maidan revolution. The new government that came in office in the spring of 2014 passed “decommunization” laws with the hope to erase Ukraine’s Soviet past once and for all and thus re-shape Ukrainian collective memory.

The decommunization process included removing Communist and Nazi symbols, denouncing the Soviet regime, and glorifying Ukraine’s freedom fighters. Decommunization bills were rushed through the parliament - the Verkhovna Rada - without much public discussion, and soon came under fire from local and international experts and organizations over the concerns of limiting freedom of speech.

The present study paper looks at the post-Maidan developments in Ukraine, and examines whether the “Revolution of Dignity” set a new discourse in Ukraine. The central question is why did post-Maidan government decided to carry out the decommunization process. In this light it tries to understand the internal and external factors that led the Poroshenko administration to revisit the Soviet past.

Ani Chkhikvadze is a Georgian graduate student at the Center for Russian, Eurasian and East European Studies at Georgetown University. Ms. Chkhikvadze has worked with several civil society organizations in Georgia and Ukraine, as well as for international donors and actors on the issues related to Foreign Policy Analyses, conflict resolution and election monitoring. Ani was an Associate at Georgia’s Reforms Associates (GRASS) and a journalist for Tabula Magazine for three years, covering global politics. Ani’s primary focus lies in the Eastern Partnership region and the nexus of EU and NATO foreign policy as it relates to regional conflicts. Ani received her BA in International Relations from Tbilisi State University, and she was a participant of the Undergraduate Exchange Program (UGRAD) of the US State Department.