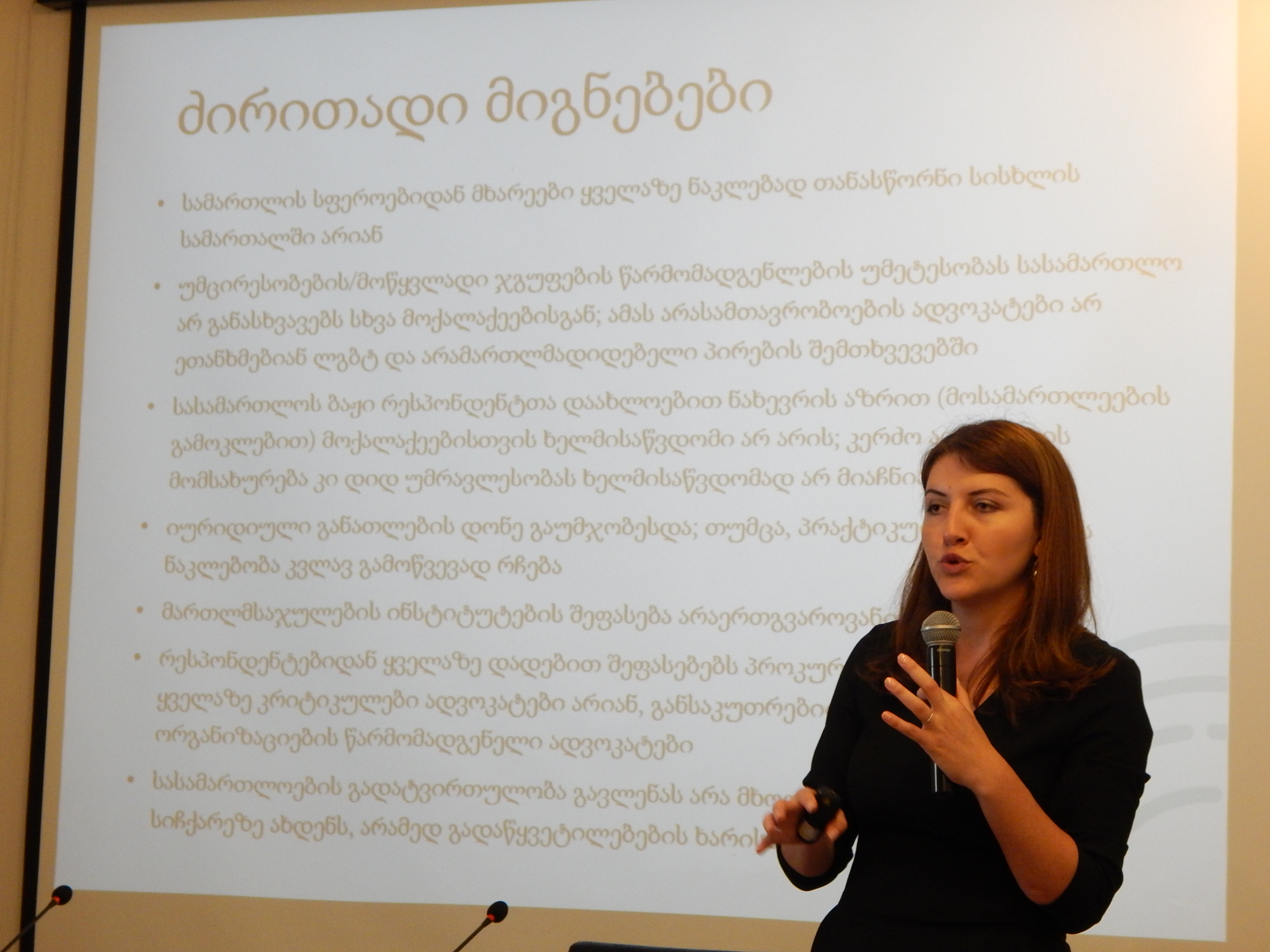 CRRC-Georgia presented the study on the Judicial System in Georgia: Views of Legal Professionals

On july 11, 2016 at Frontline Club, CRRC-Georgia presented a study on the Judicial System in Georgia: Views of Legal Professionals, which was prepared within the USAID-funded project Promoting Rule of Law in Georgia (PROLoG). Up to 30 representatives of Georgian Bar Association, Prosecutor’s Office, donor organizations and NGOs attended the presentation, which was followed by an active discussion.

The study aimed at evaluating how certain aspects of the justice system are seen by legal professionals: lawyers, judges and prosecutors. The study mainly sought to assess the balance between parties in courts; whether citizens can benefit from the protection the justice system offers; the level of legal education in Georgia and how different judicial institutions perform.

According to CRRC-Georgia researcher and presenter - Ms. Kobaladze, the research demonstrated that reforms have had positive effect thus far, but certain issues need more attention. The shortcoming of law regarding the equality of arms, the qualifications of certain participants of justice system, and the heavy judicial caseload seem to be the most important challenges as seen by the legal professionals.

It was concluded, that the reform of laws and practice are seen as a necessity in many fields, particularly criminal procedures, especially with regard to gathering and introducing evidence and other procedural benefits given to the prosecution. Reforms addressing the qualifications of legal professionals and improvements aimed at increasing the effectiveness of judicial institutions were also felt to be needed.