Public Opinion in Azerbaijan and the Islamic World

A colleague of ours recently went to Washington D.C for a presentation by WorldPublicOpinion.org, an international network of research centers studying public opinion. Here is what she reported:

I attended an event on the release of a new study on public opinion in the Islamic world on terrorism, al Qaeda, and US policies. Although the research includes Azerbaijan, the study’s focus is the region in immediate proximity to Israel and Afghanistan. Most of the results of the poll are quite predictable. In general terms, the perception of US goals and policies are that they are driven by economic interests, a desire to spread Western values, democracy and Christianity.
For those that find it useful, these are some of the findings in Azerbaijan:
- 81% disapprove of attacks on civilians in US and 75% disapprove of attacks on US civilians working in Islamic countries 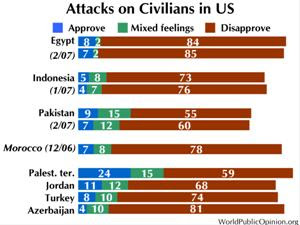 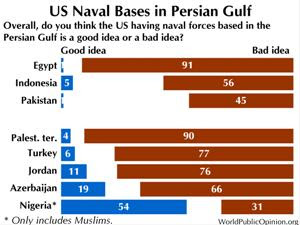 - 78% think that the US tries to promote international laws for other countries, but is hypocritical because it often does not follow these rules itself
- 47% think that the US is often disrespectful to the Islamic world, but out of ignorance and insensitivity

- 37% think that the US purposely tries to humiliate the Islamic world
- On Islamist participation in politics: 75% think all people should have the right to organize themselves into political parties and run candidates, including Islamist groups 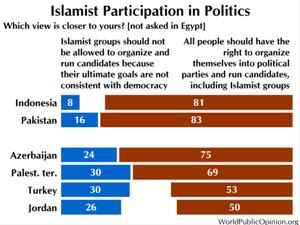 As you can see, the findings are aimed at formulating policy implications for the new US administration.

Interested in further information? Here is where you can access the full report and the questionnaire for the survey.