Gender Attitudes toward Education in Azerbaijan

Girls outperform boys in science in Azerbaijan, according to data from a recent article in the New York Times entitled, “Girls Lead in Science Exam, but Not in the United States”. This article discusses results from a worldwide test conducted by the Organization for Economic Cooperation and Development (OECD) among 15-year-olds in 65 developed countries 2009. As indicated by the test, Azerbaijan’s scores were on the lower end of the surveyed countries. Female participants, however, had an average score of 377, while males scored an average of 370, a difference of slightly less than 2%. Though this difference is arguably inconsequential, CRRC data suggest that there are slight variations in Azerbaijani males’ and females’ attitudes toward the value of education in general.

According to the 2012 Caucasus Barometer (CB), Azerbaijani women place greater value on education than do their male counterparts. The CB 2012 survey showed that 22% of Azerbaijani women indicated education as the most important factor for finding a good job, as compared to 19% of male respondents—although the difference between these two figures is small and barely within the margin of error. 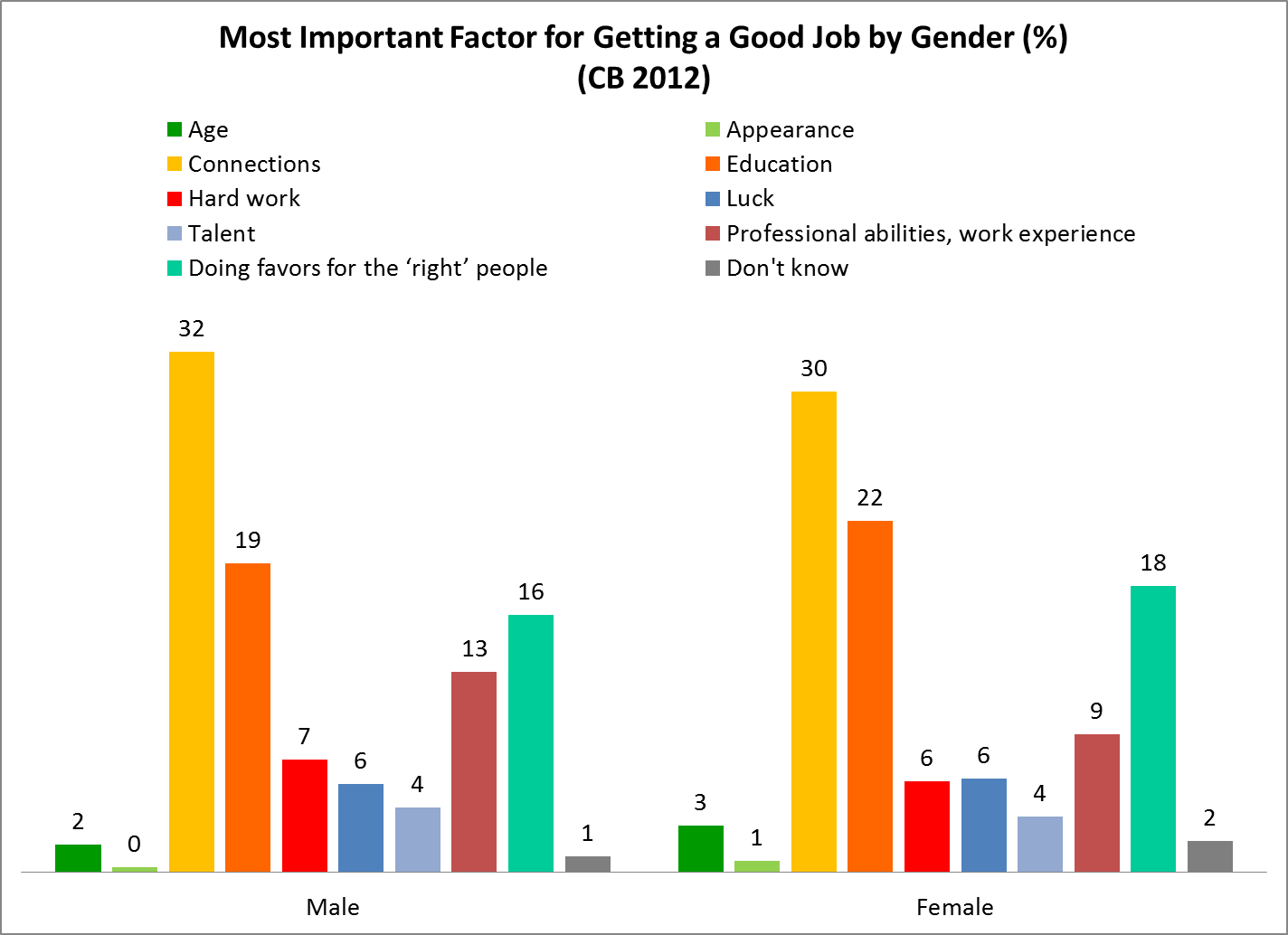 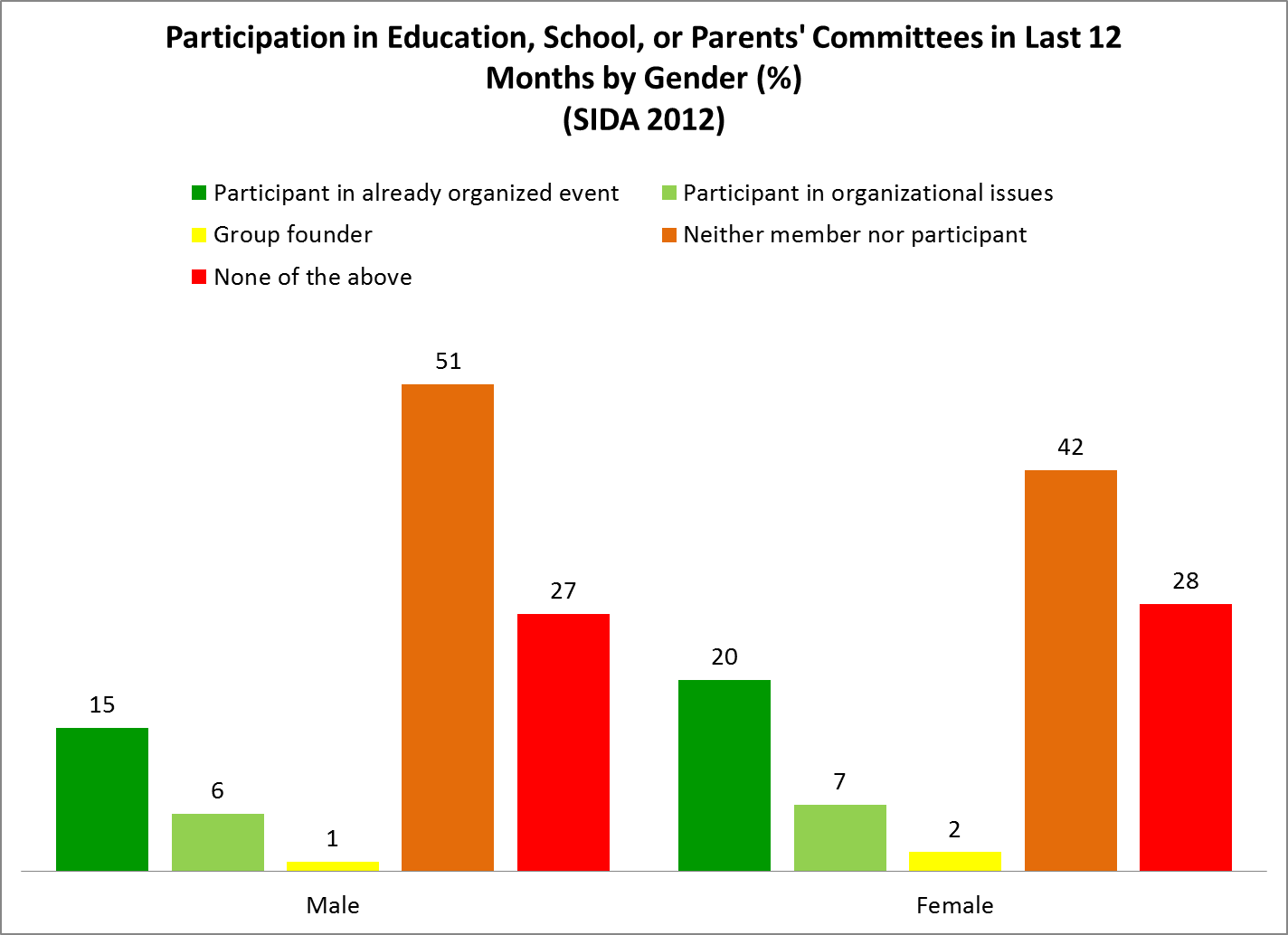 Azerbaijani women's proclivity for reading was also higher. According to 2012 SIDA data, 40% of women respondents indicated they had read a book in the last six months, while the number for men stood at 33% 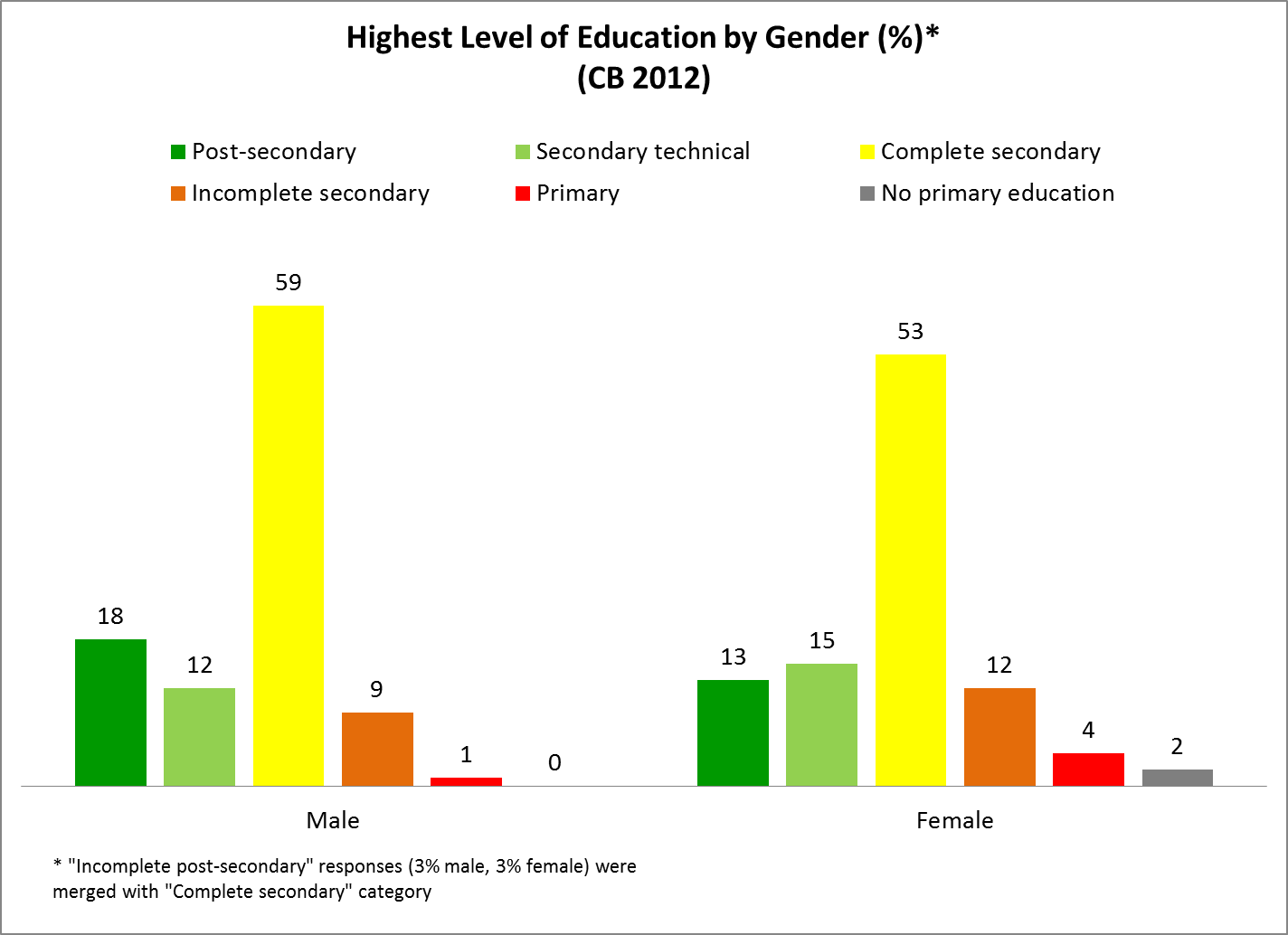 Though the variations in the above cases are generally quite small, CRRC data are consistent with the OECD's test and indicate that women may be slightly more attuned to the value of education than men in Azerbaijan. Although women's educational value and performance in science exceed men's, Azerbaijani women still appear to be less represented in terms of post-secondary education.
For more data on education and attitudes in Azerbaijan visit the new 2012 Caucasus Barometer dataset.