Q: When conducting a survey, how do you select a sample that is representative of an entire population?

Take the Caucasus Barometer (CB) as an example. First, we randomly select voting precincts from a list of all voting precincts that contain members of the population. Thus, every precinct has a chance of being selected. 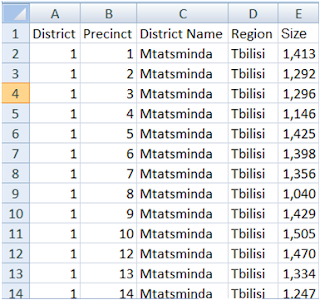 The beginning of a long list of voting precincts from which precincts are randomly selected for sampling. 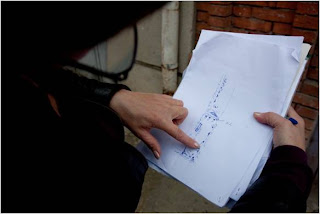 This CRRC interviewer has a map of households in a selected voting precinct to assist her in her “random walk” household selection. Photo by Paul Stephens. 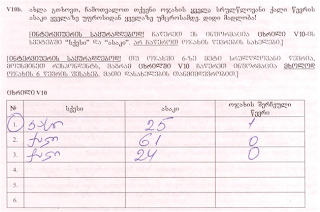 
As in any country, logistical realities mean that some segments of the country’s adult population do not have a chance of being sampled. For example, some voting precincts could not be sampled even if they were randomly selected (e.g., special voting precincts for military personnel). Also, some people might not be able to be surveyed even if they were randomly selected. This includes people who do not speak the language in which the survey is conducted or those who are not physically able to be interviewed. Other excluded groups of the population include people in prisons or hospitals. The impact of losing some of these groups is relatively little since such groups are usually so small that they are within the margin of error.

By understanding which groups of the population can and cannot be included in the sample, CRRC takes all of the steps above to ensure that samples are representative of the entire population. In addition, CRRC prints questionnaires in minority languages and recruits interviewers who speak those languages so that the CB can be described as representative of the adult population of the Republic of Georgia.
Tweet
02.03.2011 | Wednesday

Q: In the last posting you said that in order for the sample to be representative of the entire population, every member of the population had to have some chance of being selected for the sample. However, you didn’t say anything about sample size. Doesn’t sample size matter?
25.03.2011 | Friday

Q: The 2010 Caucasus Barometer includes about 2,000 completed interviews in each country: Armenia, Azerbaijan, and Georgia. However, the three countries vary in size; the population of Armenia is just under 3 million, Georgia has a population of about 4.6 million, and the population of Azerbaijan is about 8.4 million (according to the CIA World Factbook). How can the same or a similar sample size be appropriate for each country?
06.10.2010 | Wednesday

Q: What’s the difference between a survey and a census?