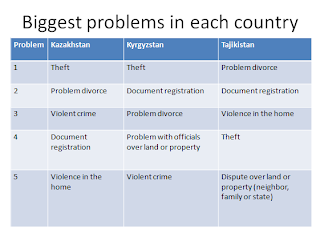 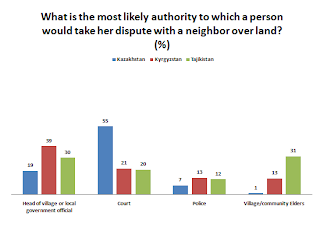 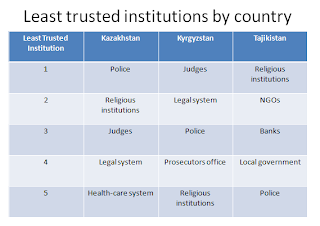 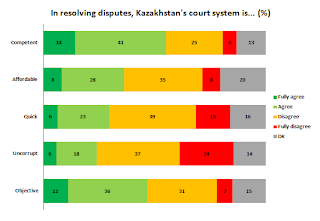 The first presentation of results will happen on February 15 in Almaty (sorry for the short notice, but if you were likely attendee you probably received a separate invitation), and a more detailed report is out soon. Drop us a line in case you're interested in a preview, in exchange for giving us some feedback on it.
Tweet
31.03.2014 | Monday

On June 28, 2013 the Georgian parliament passed a law placing a moratorium on agricultural land sales to foreigners until the end of December 2014. Agriculture has been called one of the pillars of the Georgian economy as 53% of Georgians were employed in agriculture in 2011 according to a European Union Neighborhood Programme report.
02.02.2011 | Wednesday

Much has been written about agriculture in Georgia, and the need to develop it extensively. Our upcoming reports on social capital (currently still under review with the donor) have some material on that. The typical concerns are well established: although fertile, Georgia is actually importing food. More than 50% of the employed work in agriculture, but it only contributes around 10% to GDP. And more than 50% of Georgia's arable land lies fallow.
08.07.2011 | Friday

On July 5, 2011 Georgia adopted a new legislative amendment into the country’s civil code stating that religious minority groups with “historic ties to Georgia” or those defined as religions by members of the Council of Europe can register as legal entities of public law. The initial draft of the law specifically mentioned the Roman Catholic Church, Muslim and Jewish communities, Armenian Apostolic Church and the Evangelical Baptist Church as having “close historic ties with Georgia”. However, the final draft did not specifically name these five groups.
16.05.2008 | Friday