Who is more intelligent and sincere? CRRC interviewers’ assessments

It has been only about two decades since pollsters started using paradata, including interviewer assessments of the conducted interviews and respondents’ behavior and attitudes. Such assessments are collected in the process of most of CRRC-Georgia’s surveys. Immediately after each interview, interviewers are asked to assess various aspects of the interview, including respondents’ sincerity and intelligence. Using CRRC’s 2015 Caucasus Barometer (CB) data for Armenia and Georgia, this blog post explores how such assessments differ depending on respondents’ demographic characteristics and their households’ economic situations.

It is important to highlight that these assessments can hardly provide reliable information about the actual intelligence or sincerity of respondents, and there is no doubt that interviewers’ perceptions of intelligence are very subjective, thus they cannot be attributed to any objective characteristics. Still, when analyzed properly, they can tell us a lot about a wide range of issues, from the process of interviews to the dominant stereotypes and biases in a given society. 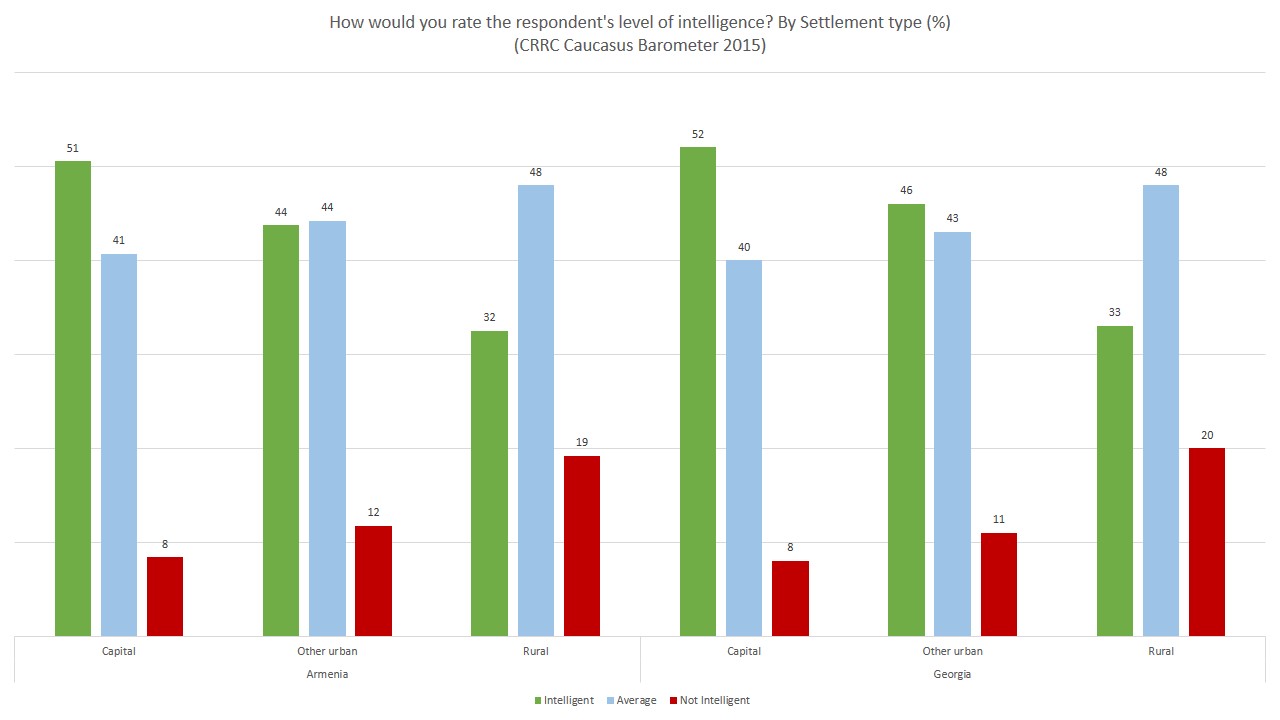 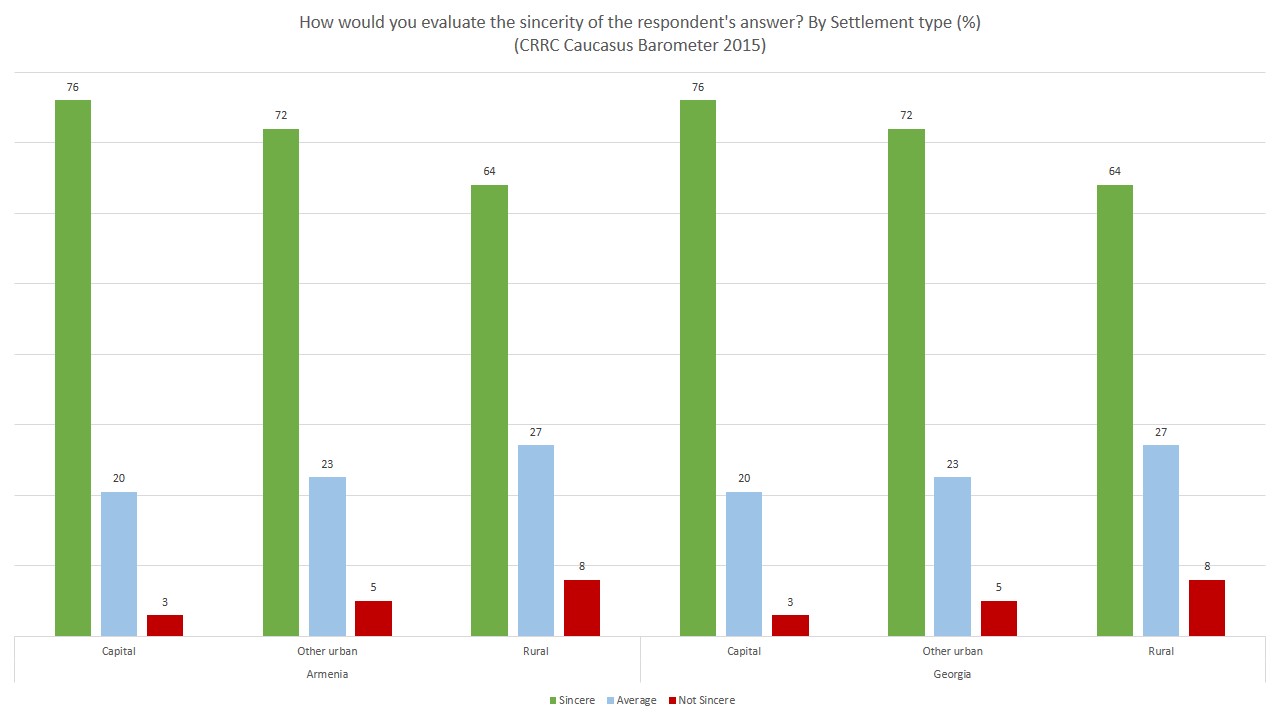 
There are even more pronounced differences by respondents’ level of education. Interviewers rate people with a lower level of formal education both as less intelligent and sincere. In both countries, people who report having secondary technical education or secondary or lower education are twice as likely to be placed in the category “Average” than those with a higher than secondary education. 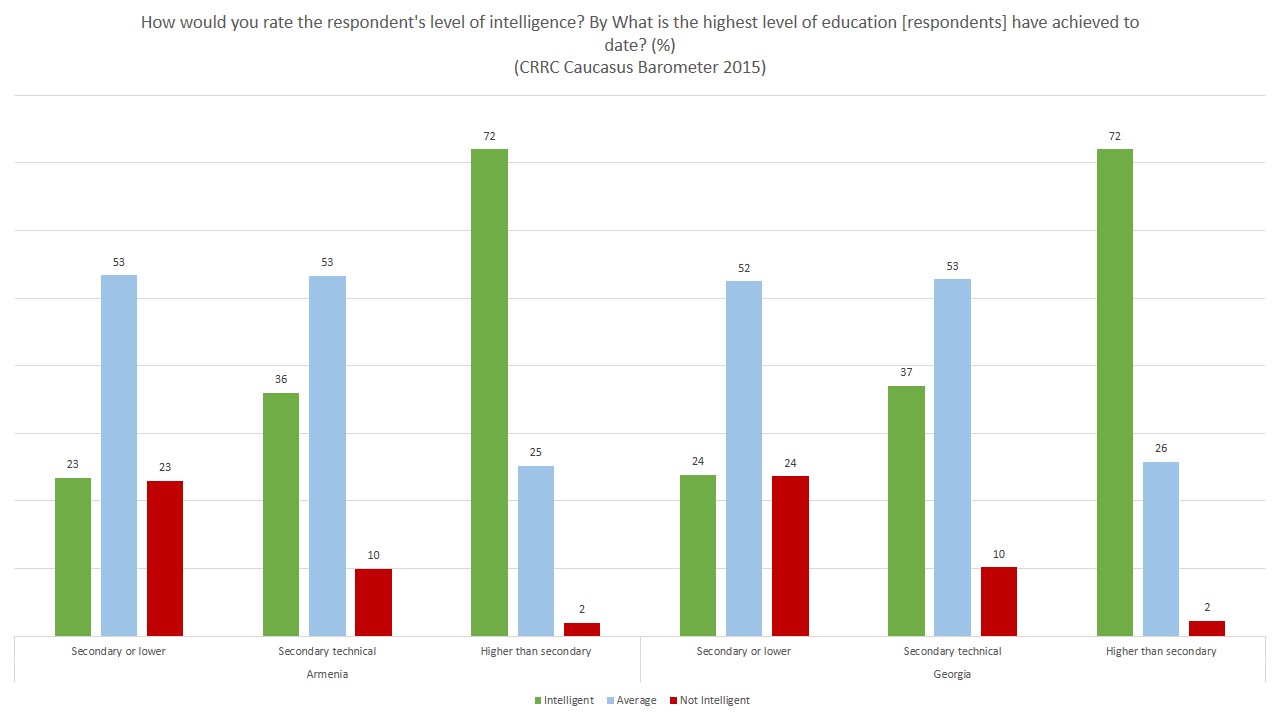 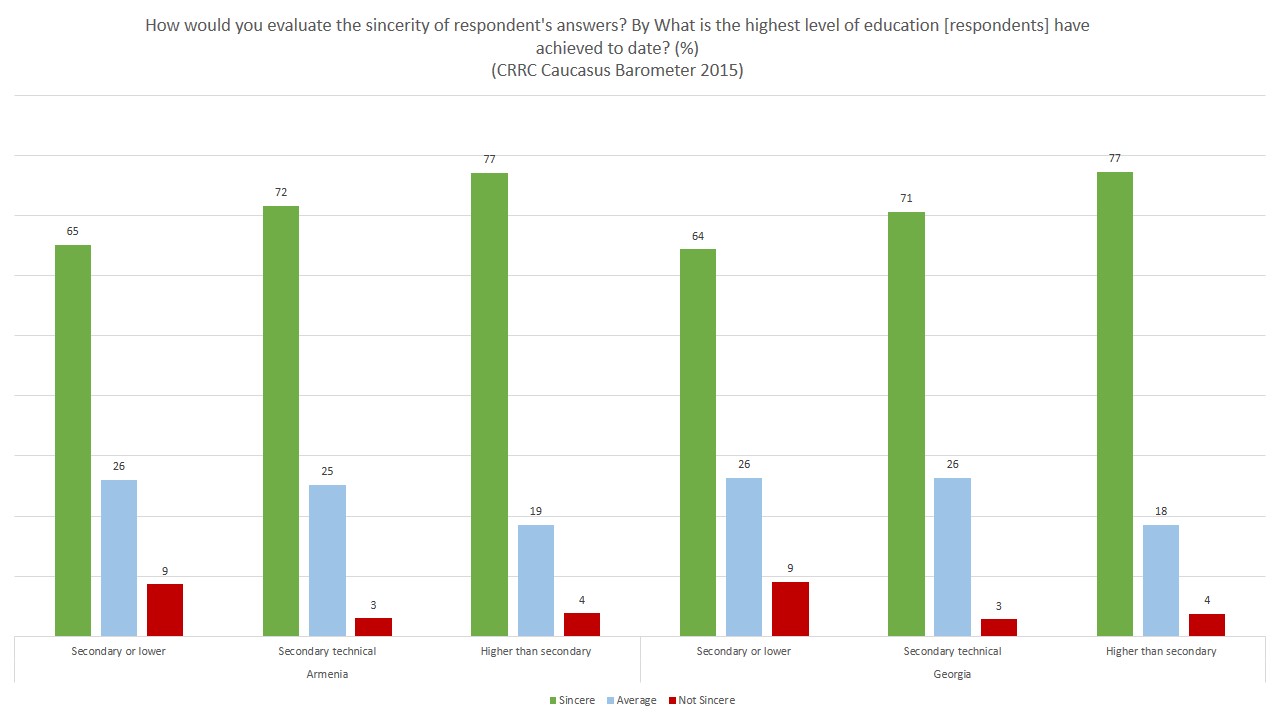 Interviewers’ assessments of respondents’ intelligence and sincerity also differ according to the reported economic situation of the respondent’s household. Interviewers tend to perceive those who are better-off economically as more intelligent. For example, interviewers report people living in households that can afford to buy expensive durables to be intelligent almost three times more often than people who do not have enough money for food, in both Armenia and Georgia.

Those who report being in the best economic situation tend to be rated as sincere more often than people in all other groups. 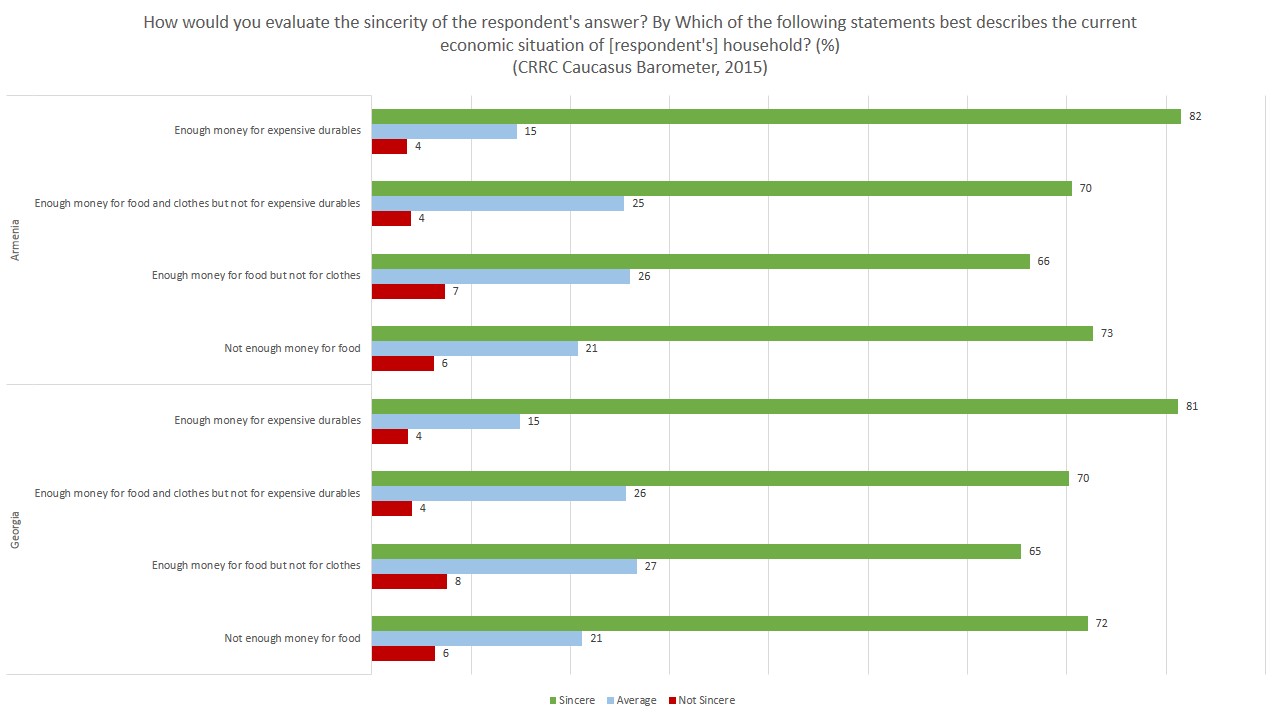 Further research is needed to find out to what extent interviewer assessments reflect the actual situation, i.e. whether those who are better off, or urban dwellers, are actually more intelligent or sincere, and vice versa. The findings presented in this blog post show that interviewers have rather strong opinions about what groups of respondents are intelligent and sincere, and the assessments are very similar in Armenia and Georgia. Interestingly, there is a high positive correlation between the assessments of respondents’ intelligence and sincerity in both countries, suggesting another interesting topic for further research, namely, to what extent intelligence and sincerity are seen by interviewers as interrelated characteristics.


To find out more about CRRC’s Caucasus Barometer and other surveys, check out our online data analysis tool.
Tweet