Over the course of this week, CRRC-Georgia will publish the results of a randomized control trial on minibus safety. While the introduction post to this series highlighted that Georgia’s roadways are dangerous, just how dangerous minibus drivers are has largely been left undescribed. As part of the Safer Transport Options for Passengers project, CRRC-Georgia collected data on dangerous and distracted driving practices on minibuses. This blog post reports descriptive statistics about distracted and dangerous driving from drivers unaware that they were being monitored.

While estimates do not exist for Georgia for how many accidents are caused by distracted and other dangerous driving practices, they are very likely contribute to the high fatality rates on the roads in Georgia. When it comes to distracted driving alone, studies from other contexts suggest that a distracted driver’s chances of being in an accident are four times higher. Cell phone use is associated with increased incidence of accidents among both novice and experienced drivers. Importantly, commercial vehicle drivers are no exception, with increased risk of accident associated with distracted driving among commercial drivers.

Overall, among minibus drivers unaware of being monitored, 96% engaged in some form of poor driving behavior, with illegal passes being the most common, followed by making telephone calls, and other aggressive driving maneuvers. Notably, few drivers were observed text messaging while driving. While we cannot claim that the data presented here is representative, for technical reasons, it is highly suggestive of the high prevalence of dangerous and distracted driving practices among minibuses on Georgia’s roadways. 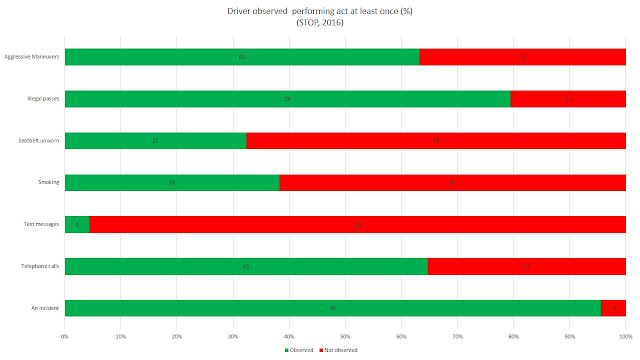 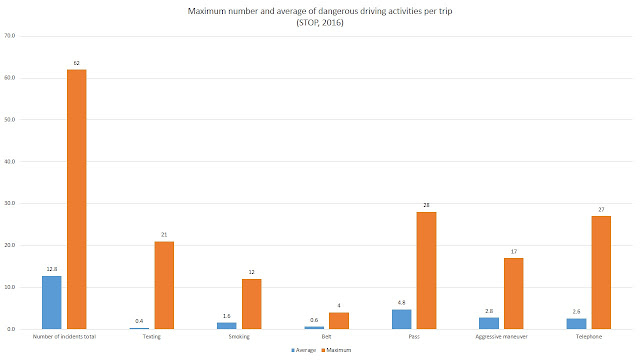 The above statistics suggest that distracted and dangerous driving are common problems among minibus drivers in Georgia. In order to help ameliorate the situation, CRRC-Georgia tested whether a simple minibus monitoring policy would decrease the prevalence of dangerous and distracted driving. In subsequent posts in this series, we report the results of the randomized control trial, which suggest that such a program would in fact be effective.
Tweet