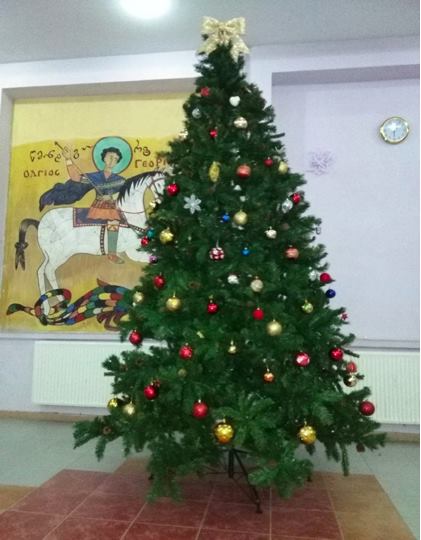 
Based on ethnographic fieldwork in a Georgian village and supplemented by a range of interviews and observations from different parts of Georgia, this paper explores the creative presence of religion in public schools. In 2005 and in line with the strong secularization and modernization discourse, the Georgian parliament passed a new law on education, restricting the teaching of religion in public schools and separating religious organizations and public schools; nevertheless, the mainstream Orthodox Christia nity is widely practiced in schools. The paper aims to show how Georgians use religious spaces in secular institutions to practice their identity, to perform being “true Georgians.” At the same time, they are adopting a strong secularization and modernization discourse. By doing so they create a new space, a third space, marked by in-betweenness. The study uses the theoretical lens of Thirdspace for analyzing the hybridity, the in-betweenness of practices and attitudes inherent for politics, religion, and everyday life of Georgians.

Ketevan Gurchiani is Associate Professor of Cultural Studies at Ilia State University in Tbilisi and a visiting scholar at New York University (NYU). She studied classics at Tbilisi State University and at the Albert-Ludwigs University in Germany, defending her dissertation on ancient Greek religion and theatre. Her interest in religion brought her contemporary societies and issues. Her shift to cultural anthropology has been sponsored by generous scholarships at St. John’s College Oxford, UCLA, Columbia and NYU. Dr. Gurchiani is primarily interested in studying varying aspects of religiosity, with a special focus on everyday religion. Currently she is working on religiosity among young Orthodox Georgians in Georgia and beyond. Since 2015 she is leading a three-year project researching everyday religion funded by Rustaveli National Science Foundation. Her interests broadly focus on everyday life and how it is informed by the post-Soviet and Soviet habitus. She also explores and teaches the culturally specific understanding of heroism and dignity.