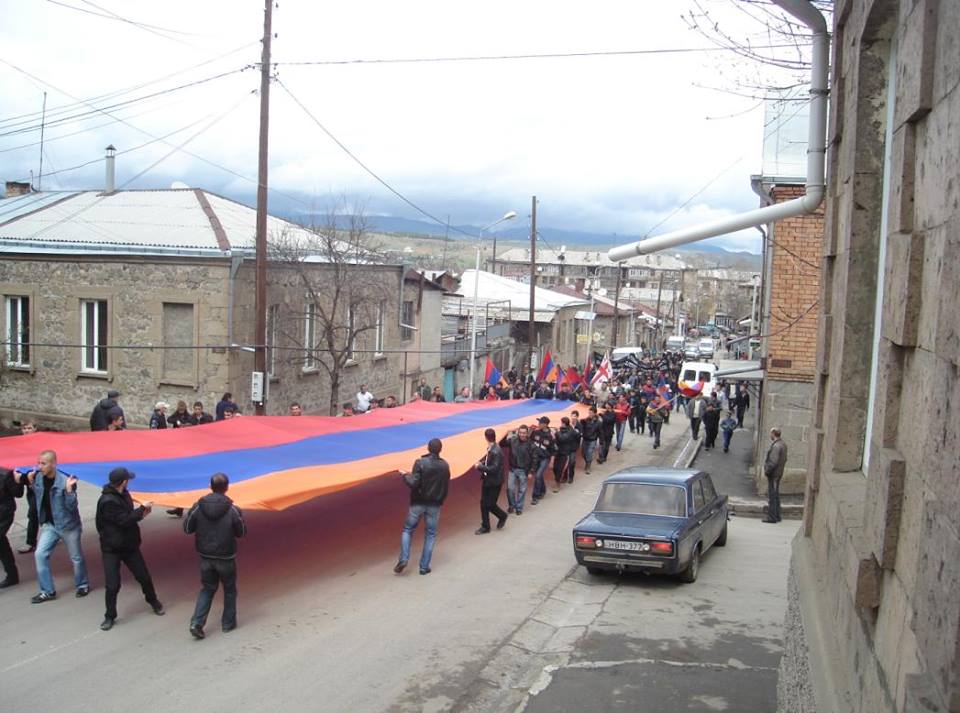 WiP: Security and Identity in the South Caucasus - A case study of Samtskhe-Javakheti, May 6 - Lucile Bardin

Lucile Bardin, Central European University
"Security and Identity in the South Caucasus. A case study of the Armenian minority of Samtskhe-Javakheti"

The Armenian minority living in Samtskhe-Javakheti has often been accused of disloyalty to the Georgian state, especially in the immediate post-independence period. Moreover, the general atmosphere of distrust between Georgians and Armenians has been reinforced by a traditional view that Armenians are more sympathetic to Russia than to Georgia. These claims of alleged disloyalty of Javakheti Armenians to Georgia are again being heard. The regional context of tensions in the South Caucasus, and the recent violence and political crisis in Ukraine, highlight the need for greater research of the phenomenon of threat perceptions surrounding the Armenian minority in Samtskhe-Javakheti.

This project will seek to address the following questions: What are the characteristics, dynamics and consequences of the discourses depicting the Armenian minority from Samtskhe-Javakheti as a threat to Georgia through their perceived relations with Russia? It will seek to identify the constellation of actors involved in the process of securitization of the Armenian minority of Samtskhe-Javakheti. The logics and dynamics of the securitization process will be assessed through an analysis of the rhetorical structure of securitizing discourses. Finally, the conditions under which such a phenomenon can happen and its consequences, trying to differentiate the impact it has on wider patterns of inter-ethnic relations.

Lucile Bardin is a French MA student in Nationalism Studies at Central European University in Budapest. Her first encounter with the South Caucasus and Georgia dates back to an internship at ECMI Caucasus in Summer 2013. Her interest lies in inter-ethnic relations and the Post-Soviet space in general. She traveled and studied the cases of Northern Ireland, Palestine, Georgia and Pakistan.