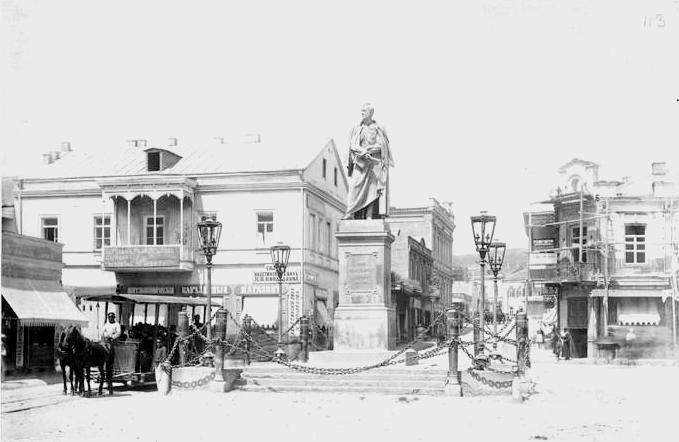 WiP Returns! - Hubertus Jahn from Cambridge University
American Councils and CRRC are proud to present the 1st talk in the Fall 2013 Works-in-Progress Series:
"Making sense of the empire? Russian imperial representation in the South Caucasus in the 19th century."
Dr. Hubertus Jahn, University Senior Lecturer in Russian HistoryClare College, University of Cambridgehttp://www.hist.cam.ac.uk/directory/hfj21@cam.ac.uk
Wednesday, September 4, 2013 at 6:15pmISET/CRRC Georgia, Zandukeli St. 16, Tbilisi, GEORGIA
This talk comes out of a larger project that investigates the roots of Russian imperial propaganda and identity politics. I am specifically exploring local representations of imperial power in the South Caucasus in the nineteenth century, effectively combining the cultural history of politics with the history of empire, a field that has become particularly vibrant and relevant after the collapse of the Soviet Union. Taking its inspiration from Richard Wortman’s Scenarios of Power, my project looks at various representational forms and projects of the Russian Empire at its southern fringes. I am investigating in a vignette-like fashion such diverse phenomena as royal visits, the building and unveiling of different types of monuments, and the opening ceremonies and internal arrangements of museums and exhibitions in the South Caucasus. I am thus proposing a micro-historical approach to the history of the Russian Empire and its ‘scenarios of power’. All these events presented the empire in some way or other on the local level. They occurred in public spaces such as squares, streets, parks or public buildings like museums, most of which were themselves recent introductions, and thus appealed to the imagination of the local populations, regardless of their social status, ethnic background and religious belief. They allowed these people to make sense of an empire into which they had just been adopted.
********
W-i-P is an ongoing academic discussion series based in Tbilisi, Georgia, that takes place at the International School of Economics (ISET) building (16 Zandukeli Street). It is co-organized by the Caucasus Research Resource Centers (CRRC), the American Councils for International Education: ACTR/ACCELS, and the American Research Institute of the South Caucasus (ARISC). All of the talks are free and open to the public.The purpose of the W-i-P series is to provide support and productive criticism to those researching and developing academic projects pertaining the Caucasus region.
Would you like to present at one of the W-i-P sessions? Send an e-mail to natia@crrccenters.org.
Tweet