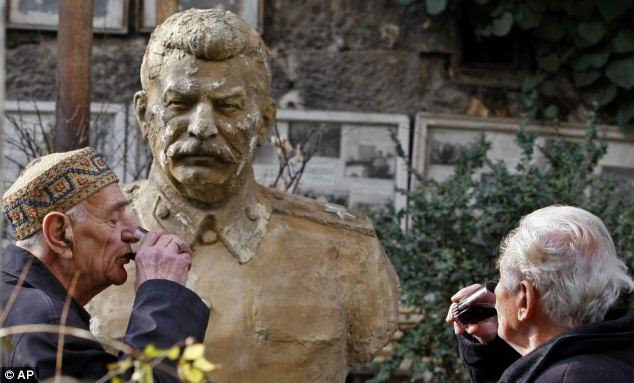 Jane Kitaevich, University of Michigan
“Facing the Skeletons in the Closet During Political Transition: Post-Communist Collective Memory Debates in Estonia and Georgia"

Political transitions are frequently characterized not only by the challenges of building new political institutions, but also by the Herculean task of nation-building – especially, when the state population is divided along multiple lines of ethnicity, language, territory, social capital, ideology, and conflicting memories of the already divisive past. As part of these attempts to foster a new national narrative, states-in-transition often need to make a choice in respect to how do they remember their past— in particular, the more divisive and controversial episodes from their national histories. The literature on state-building and memory politics is divided between those scholars who believe that dealing with one’s past is a requirement for creating/maintaining democracy, and those who argue that public debates on collective memory will only subvert democratic development. Yet, what might matter for democracy’s health is not the act of remembering or forgetting per se, but the way in which the past is remembered or forgotten. Given the putative importance of the manner in which the splintered memories are handled, what explains the different patterns of managing the divisive past in states-in-transition? Why do some states witness a grassroots-driven attempt to form more pluralist spaces for mnemonic debates, while others do not? Post-Soviet space — where history wars remain at the forefront of regional political agendas — presents an instructive case for understanding the divergence in the way splintered memories are addressed. Drawing on extensive comparative qualitative data from over 110 in-depth interviews and archival research in Estonia and Georgia—two former Communist states that found themselves embroiled in history “crusades” and offered different solutions to institutionalizing the divisive past in the educational sphere following the collapse of the Soviet order—this talk offers a multi-variable, generalizable explanation to this question.

Jane Kitaevich is a PhD student in political science at the University of Michigan, where she specializes in comparative politics, with secondary interests in world politics, political methodology, and Eurasian/Middle Eastern Studies. She has an A.M. degree from Harvard University, where she was a graduate student affiliate at the Davis Center for Russian and Eurasian studies. Jane has previously served as a Junior Fellow for the Russia-Eurasia program at the Carnegie Endowment in Washington, D.C. Jane's research interests include politics of transition, nation-building/state-building, collective memory, conflict studies, politics of redistribution, religion and civil society.