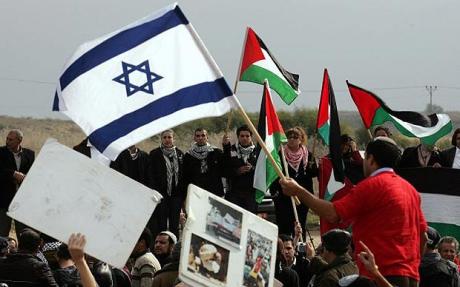 The purpose of this study was to uncover the subtle displays of identity which emerge when groups in macro-conflict interact in a structured setting. We use the tool of Conversational Analysis (CA) to examine a videotaped group session of Jews and Palestinians there to discuss “the conflict” in order to come to some sort of mutual understanding. The central question asked is how participants collaborate to achieve their respective social identities. Using CA we examine the interaction in terms of its microfine features, and show that non-normative gaps in talk (aka ‘silence’) seem to be strategically placed in the unfolding of the discourse. We show that silence is actually used to address and reconstruct the true power asymmetry. Our microanalysis reveals that the development of the argument and the corresponding gaps in talk are intricately bound up with the construction of social roles and the orientation of participants to each other. Finally we show how the two groups, in arguing their respective positions, work to redress existing power asymmetries.

The data come from a course given at Hebrew University in Jerusalem, in which both Jews and Palestinians were enrolled, by choice. These students would also spend the weekends with each other at a site called “Neveh Shalom,” where Jews, Palestinians, and Druze all live together. On these weekends they participated in activities the goal of which was to bring the groups together. In the course, they would discuss the weekends as well as the conflict. This course was given in the semester prior to the outbreak of the second Entifada, in 2000.

Wendy B. Smith is Professor of English at California State University, San Bernardino. A linguist, she received her Ph.D. in Applied Linguistics from UCLA in 1990. Her areas of specialization are language and identity, discourse and grammar, and interactional sociolinguistics. She has also done ethnographic fieldwork in Jerusalem on the function of narrative in Ladino, a dying language spoken by Sephardic Jews. She has published in Journal of Pragmatics, Studies in Language, edited volumes, and many other journals. She is currently working on a volume with her colleague, Caroline Vickers, on Pragmatics and Grammar.