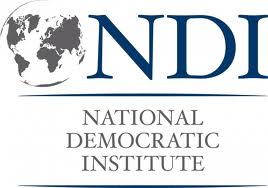 The March 2013 NDI Survey Results are Now Public!
The latest wave of the NDI's public opinion survey, conducted by the CRRC, went public in two segments on April 15th and 22nd. The current wave was fielded in March 13-27, 2013 with 3,103 completed interviews. The survey had a nationally representative sample of Georgian speakers in the capital, urban, rural regions of Georgia and was generously funded by the Swedish International Development and Cooperation Agency (Sida).

The first segment on April 15th was a public opinion survey that displayed nationwide attitudes on a variety of social and political issues, foreign relations, media and demographics. The second segment presented on April 22nd examined political ratings of MP job performances, current events, party support and future elections. According to the March poll, the Georgian Dream coalition (GD) maintains a strong lead on a variety of topics.

The survey attracted much public interest and was extensively covered by local and international media. Below you can find the NDI poll results in English and Georgian.