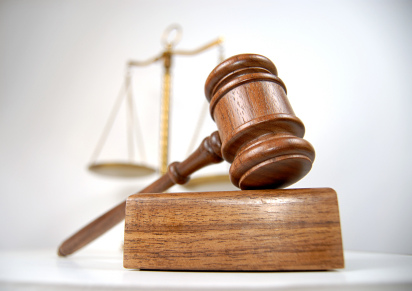 WiP: The Jury Trial as Legal Translation: The Case of Georgia.
CRRC, American Councils and ARISC are proud to present the 18th talk of the Works-in-Progress Series for the Spring 2013 Season!Anna Dolidze, University of Western Ontario"The Jury Trial as Legal Translation: The Case of Georgia"
Wednesday, June 12, 2013 at 6:15pmISET/CRRC Georgia, Zandukeli St. 16, Tbilisi, GEORGIA Abstract: This project contributes to the scholarship on the global diffusion of jury trials by focusing on the recent revival of jury trials in Republic of Georgia. Surveying the scholarly debates over the phenomenon of legal transplants, this project argues that the adoption of jury trials in Georgia is more accurately captured by the metaphor of legal translation. The project departs from existing accounts that center on historical waves of global diffusion of jury trials. Rather than belonging to a particular “wave” of diffusion, jury trials in Georgia are an amalgamation of customary traditions of lay participation, a revival of jury trials from the beginning of 20th century, and recent criminal law reform efforts. Georgia’s relations with Russia as a part of the Russian empire also played a significant role. The project offers a sociopolitical and historical account of the emergence of jury trials in Georgia, arguing that the establishment of jury trials in Georgia should be understood as a part of larger internal and external sociopolitical trends in the country.Anna Dolidze (LLB TSU, LLM Leiden, JSD Cornell) is Assistant Professor of Law at the University of Western Ontario. Her research interests are in international law, comparative law and law and development. She has published in international law journals, peer-reviewed publications and collected volumes, and has authored a number of policy reports, including reports for the United Nations Development Program and the Organization for Security and Cooperation in Europe. Most recently, Dolidze co-authored a report by the Transatlantic Academy of the German Marshall Fund of the United States, entitled “The Democratic Disconnect: Citizenship and Accountability in the Transatlantic Community.”
********
W-i-P is an ongoing academic discussion series based in Tbilisi, Georgia, that takes place at the International School of Economics (ISET) building (16 Zandukeli Street). It is co-organized by the Caucasus Research Resource Centers (CRRC), the American Councils for International Education: ACTR/ACCELS, and the American Research Institute of the South Caucasus (ARISC). All of the talks are free and open to the public.The purpose of the W-i-P series is to provide support and productive criticism to those researching and developing academic projects pertaining the Caucasus region.Would you like to present at one of the W-i-P sessions? Send an e-mail to natia@crrccenters.org.
Tweet