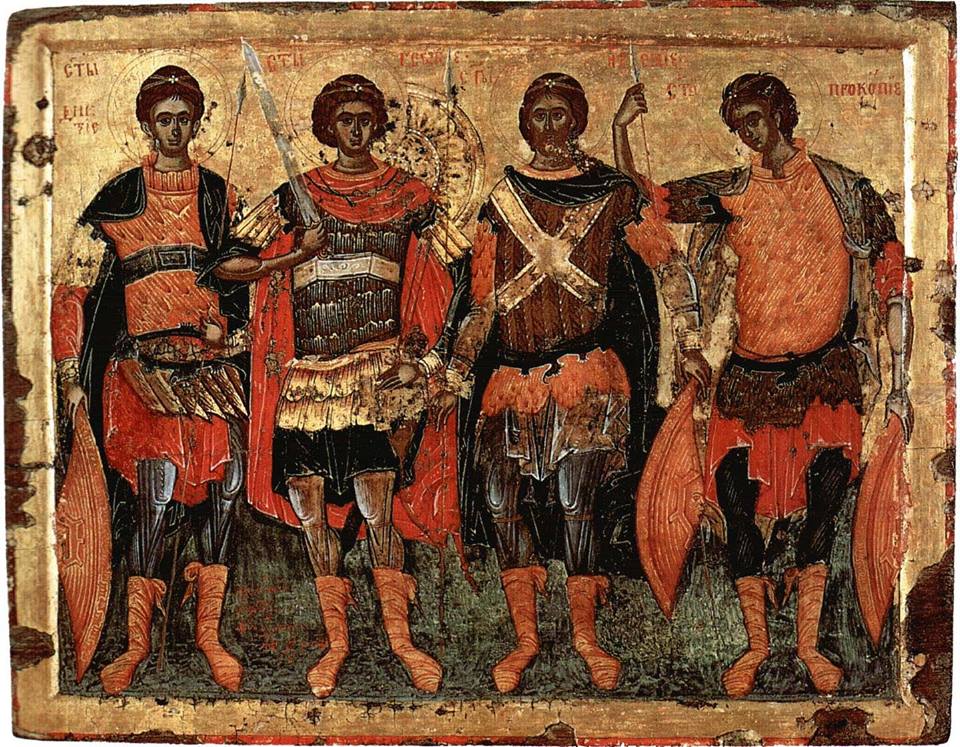 WiP: At the Frontiers of Faith: Contact and Conflict in Medieval Icons of Warrior Saints, 18 December - Heather Badamo

American Councils and CRRC present the 16th talk in the Fall 2013 Works-in-Progress Series!Heather Badamo, University of Chicago "At the Frontiers of Faith: Contact and Conflict in Medieval Icons of Warrior Saints"
Wednesday, 18 December, 2013 at 6:15pmISET/CRRC Georgia, Zandukeli St. 16, Tbilisi, GEORGIADuring the turbulent era of the Crusades, Christians throughout the eastern Mediterranean embraced devotion to the warrior saints, creatively mobilizing these universal heroes to express the aspirations and assuage the anxieties of local communities. Their devotions fueled the production of countless icons, which circulated across political frontiers, sectarian divides, and the boundaries of the Islamic world. Representing fierce warriors armed for combat – often slaying their enemies – these icons provided familiar models for understanding religious difference that medieval elites could transform to serve as heralds of local power and history. The rich core of icons that survive from medieval Georgia, in particular, provides fertile ground for considering how the types of cultural encounters that took place at the frontier fueled and shaped devotion to these aggressive saints.Heather Badamo is a postdoctoral fellow in the Department of Art History at the University of Chicago. She is currently working on a book manuscript, Images at the Frontiers of Faith: Warrior Saints in the Medieval Eastern Mediterranean, which investigates visual and religious exchange among east Christian and Muslim communities during the era of the Crusades. *****W-i-P is an ongoing academic discussion series based in Tbilisi, Georgia, that takes place at the International School of Economics (ISET) building (16 Zandukeli Street). It is co-organized by the Caucasus Research Resource Centers (CRRC), the American Councils for International Education: ACTR/ACCELS, and the American Research Institute of the South Caucasus (ARISC). All of the talks are free and open to the public.The purpose of the W-i-P series is to provide support and productive criticism to those researching and developing academic projects pertaining the Caucasus region.Would you like to present at one of the W-i-P sessions? Send an e-mail to natia@crrccenters.org.