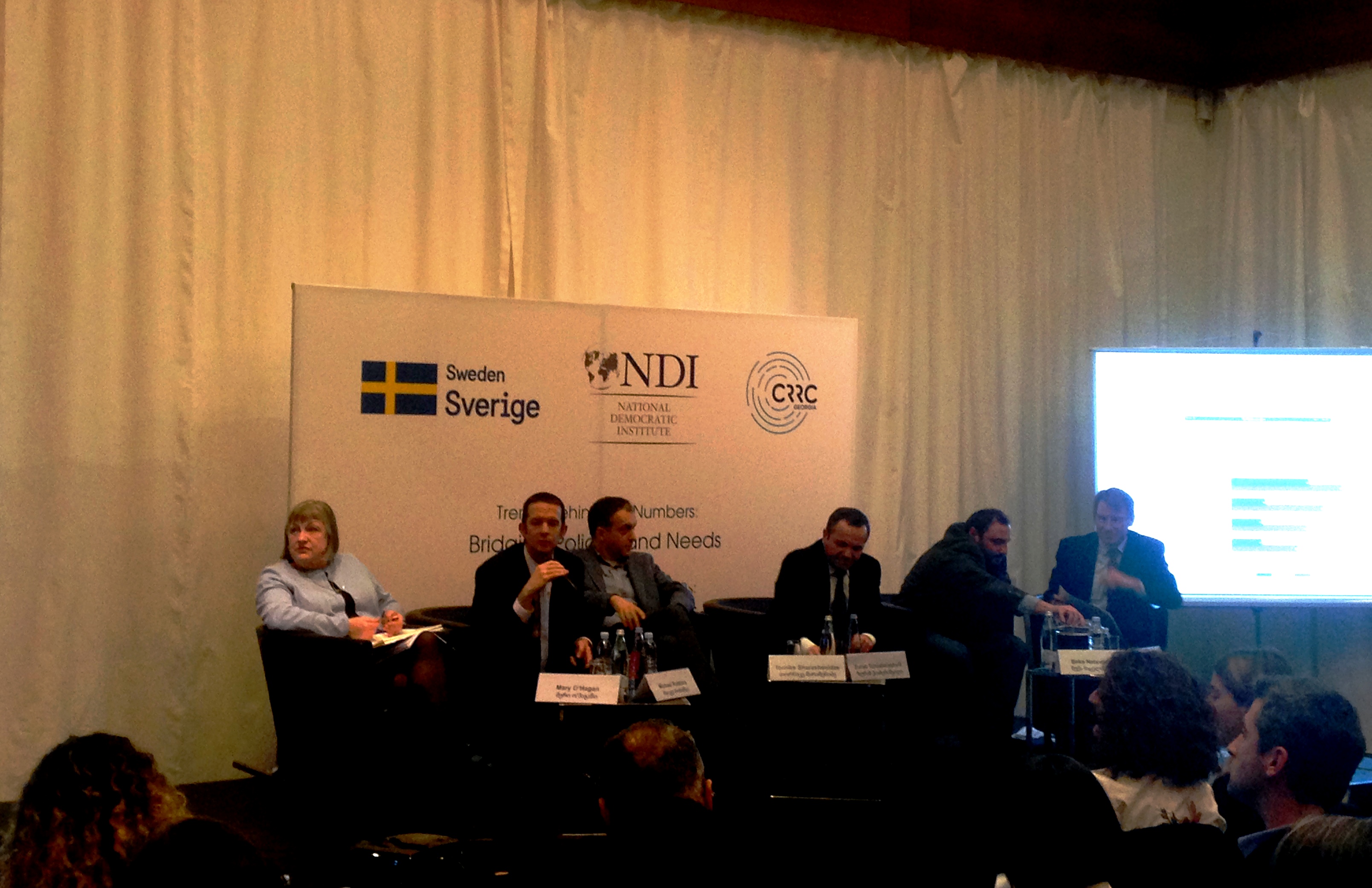 NDI and CRRC-Georgia Organise an International Conference on Polling

The National Democratic Institute (NDI) and the Caucasus Research Resource Center in Georgia (CRRC-Georgia) jointly organized an international conference on public opinion research and its role in fostering democratic processes, which took place on January 23, 2017 in Tbilisi. The conference, under the headline “Trends Behind the Numbers: Bridging Policies and Needs”, gathered politicians, media and NGO representatives, as well as pollsters and researchers from around the world to share their experiences, knowledge and challenges associated with the polling.

The speakers of the conference included:

It is noteworthy, that the public opinion surveys conducted by CRRC-Georgia two to three times per year since 2008, has been financed by SIDA, whereas since 2017, the polls will be conducted with the financial support of the British Embassy in Georgia.

Public opinion polls were agreed to provide valuable information for reducing an information asymmetry between policy makers and citizens. However polarization and confrontation within the political spectrum towards polls in recent years have discredited public opinion research in Georgia.

Given these challenges, the conference tried to explore venues of potential cooperation among pollsters, the government, political parties and the academic world, in order to better anticipate and understand trends in public opinion on important issues concerning the future of Georgia. The participants discussed the ways to increase quality and trust towards public opinion research and addressed aspects of strategic use of data in policymaking.
Tweet