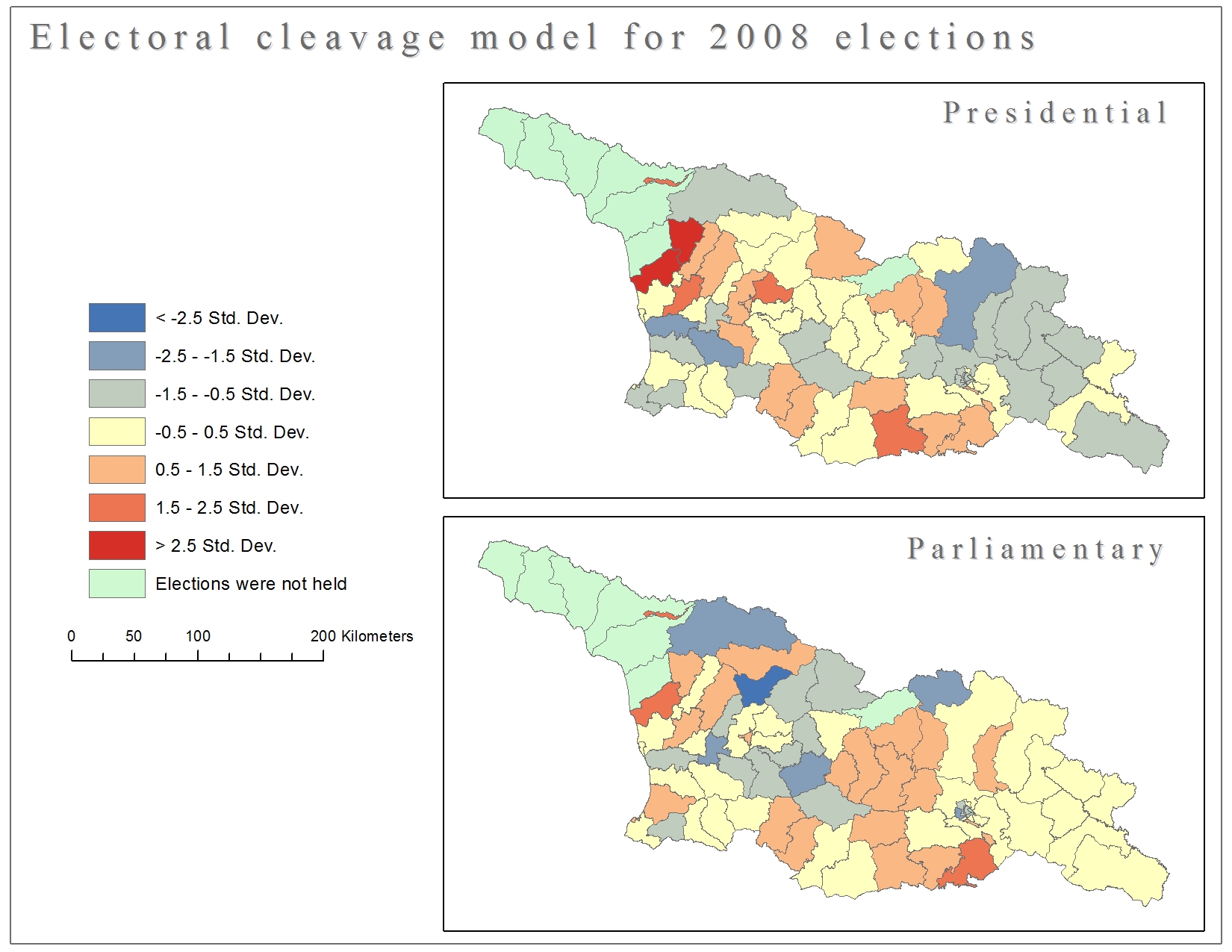 WiP: Cleavage Theory and the Electoral Geographies of Georgia, Tbilisi, Georgia, October 3 - David Sichinava (ENG)
David Sichinava, CRRC
"Cleavage Theory and the Electoral Geographies of Georgia"Wednesday, October 3, 2012 at 6:15pmISET/CRRC Georgia, Zandukeli St. 16, Tbilisi, GEORGIA
Georgia, unlike the western European countries, has a relatively short history of free and competitive elections. Consequently, there has been very little research done to explain voting behavior, and particularly, its spatial aspects. Cleavage theory, originally suggested by Seymour M. Lipset and Stein Rokkan, cannot be applied to Georgian elections in its original form, as the authors’ arguments are not relevant to this case. The presenter will prove the existence of electoral cleavages and try to reconceptualize the theoretical pillars of spatial voting behavior through examining the results of voting of the two national elections held in 2008, to build a quantitative voting model, and to address additional important aspects of voting behavior in Georgia, while at the same time making some preliminary observations about the current parliamentary elections.
David Sichinava works for CRRC as GIS and database analyst and is a PhD candidate at the department of Human Geography at Tbilisi State University
********
W-i-P is an ongoing academic discussion series based in Tbilisi, Georgia, that takes place at the International School of Economics (ISET) building (16 Zandukeli Street). It is co-organized by the Caucasus Research Resource Centers (CRRC), the American Councils for International Education: ACTR/ACCELS, and the American Research Institute of the South Caucasus (ARISC). All of the talks are free and open to the public.The purpose of the W-i-P series is to provide support and productive criticism to those researching and developing academic projects pertaining the Caucasus region.
Would you like to present at one of the W-i-P sessions? Send an e-mail to nana@crrccenters.org.
Tweet