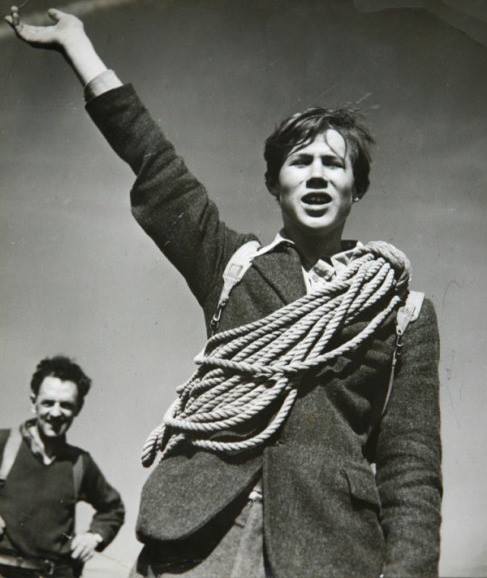 "Georgian Alpinism and Soviet Tourism at the Edge of Empire"
Ben Bamberger, University of Illinios at Urbana-Champaign

The 1923 ascent of Kazbegi under the leadership of Georgian scientist Giorgi Nikoladze marked both the first major Soviet summit and the beginning of a dedicated Georgian alpinist community. In the pre-war period, Georgian alpinists were an integral part of the burgeoning Soviet alpinist community, accomplishing many of the first victories of Soviet alpinism. At the same time, the relationship between Georgian alpinists and Soviet sporting authorities was often a tense one, and Georgian alpinists regularly came into conflict with sport and tourism institutions in Moscow, with Georgian alpinists openly complaining about problems with Russian chauvinism and the centralization of control. These complaints were strikingly similar to those made by Georgian tourist officials who argued that tourists in the Caucasus often saw themselves as more advanced representatives from the “center” searching for an exotic “periphery.”

Ben Bamberger is a Ph.D. candidate in History at the University of Illinois at Urbana-Champaign. His research interests include Georgian mountaineering, Soviet nation-building, and Soviet tourism to the Caucasus. Ben received his B.A. in history and economics at American University (Washington, D.C.). After graduation, he was a Peace Corps volunteer in Georgia. As Ben furthers his studies, he hopes to conduct research in both Moscow and Tbilisi, ultimately incorporating Russian and Georgian sources into a dissertation about Soviet nationbuilding projects in Georgia, and the ways the local Georgians negotiated and understood these policies.