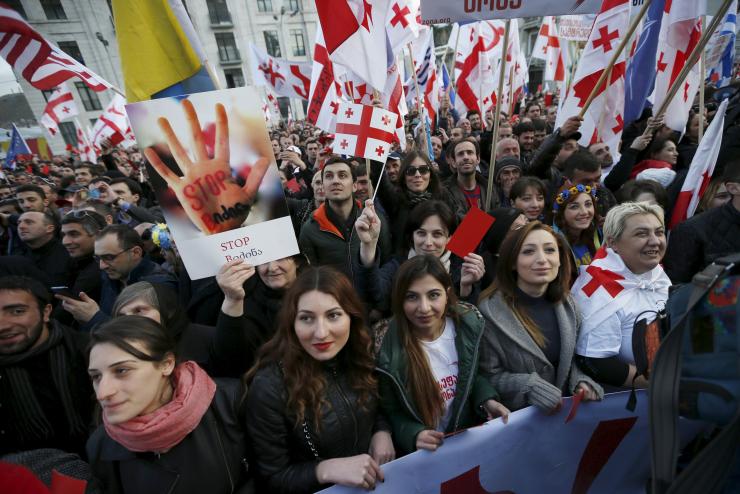 "Nationalism and its Explanation: Insights from Students in Georgia"
Markus Sattler, Humboldt University of Berlin, Free University Berlin and University of Potsdam

When nationalism meets Caucasus in academic and journalistic debates, the interest notoriously circles around issues of conflict or nation-building. Despite the significance of this branch of research, other pressing issues on the individual level remain largely obscure in the study of nationalism: What does constitute nationalism on the micro-level? How deeply is nationalism embedded among certain strata of society? Which factors can best explain different levels of nationalist ideologies? Starting with a theoretical discussion about the conceptualization of nationalism for quantitative studies, the presentation seeks to address the above raised questions by evaluating a questionnaire distributed to social science students at Tbilisi State University and Ilia State University in late 2013.

Markus Sattler holds a B.A. in political science and geography from the University of Bremen. He volunteered in Georgia in 2010/2011 and interned at the German Chamber of Commerce in Georgia/Armenia (DWV) and the Georgian Foundation for Strategic and International Studies (GFSIS), during which he conducted a survey on nationalism. Starting from October, he will continue his studies in International Relations at Humboldt University of Berlin, Free University Berlin and University of Potsdam. Even though he is reluctant to indicate a field of specialization, Markus remains obsessed with transformations in the aftermath of the Soviet dissolution. His research in Georgia was supported by the German Academic Exchange Service (DAAD).