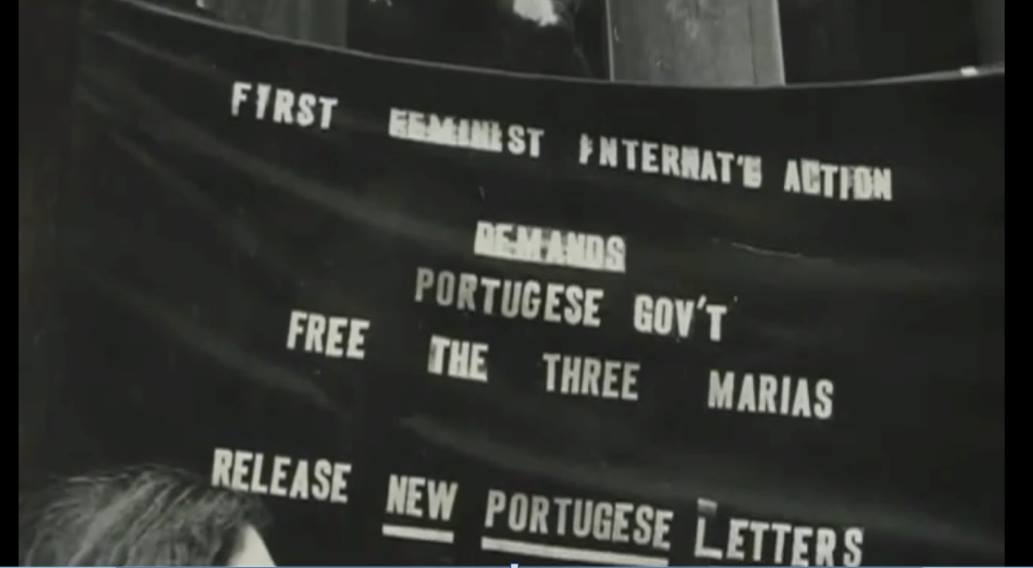 WiP: Defiant discourse under an oppressive regime and international solidarity: the case of Portugal and “The Three Marias

Vera Peixoto, Utrecht University
Defiant discourse under an oppressive regime and international solidarity: the case of Portugal and “The Three Marias"

In 1972, three female authors that became known as “Three Marias” wrote a very polemic book called New Portuguese Letters, under the Portuguese fascist dictatorship (1933-1974). In a time when D.H. Lawrence’s Lady Chatterley’s Lover and – of course – Beauvoir’s The Second Sex were forbidden in Portugal, these three women dared speak of female desire, while defying all conventions from the myth of romantic love, traditional gender roles, marriage and motherhood, national symbols, heteronormative and patriarchal discourse, to the mere notions of literary genre and authorship. Upon publication, the book was censored and the authors faced a sentence of two years in jail. Thanks to the support of Simone de Beauvoir and Marguerite Duras, amongst others, the case soon became a global phenomenon – voted in 1973 as the “first international feminist protest action” – compelling women from all over the Western world to demonstrate for the freeing of the “Marias”. On the other hand, the book’s incredible popularity and universal appropriation had a downside: instrumentalized by the media and fetishized by mainstream discourse, it has been pigeonholed as a dated political manifesto (symbol of either second wave feminism or anti-fascism). But what these writers created was a timeless text, a literary masterpiece among the most innovative of the twentieth century, continuously inspiring new generations and lending itself to ever renewed readings.

Vera Peixoto did both her undergraduate studies in English and German Language and Literature and her MA in Iberian Studies at the Faculty of Humanities of the University of Porto, in Portugal. She studied in Germany for 2 years and worked in the Netherlands for 5, teaching at Utrecht University. In 2013 she moved to Tbilisi, where she is the director of the Portuguese Language Center at Tbilisi State University. She is also doing her PhD on Gender Studies and 20th Century Portuguese Literature at Utrecht University. Her research focuses on the book New Portuguese Letters (Barreno, Maria Isabel et. al. 1972) and its representations of the female body as a place of discipline and transgression, analyzed from a European feminist perspective, exploring notions of embodiment, corporeality, subjectivity, identity and desire.