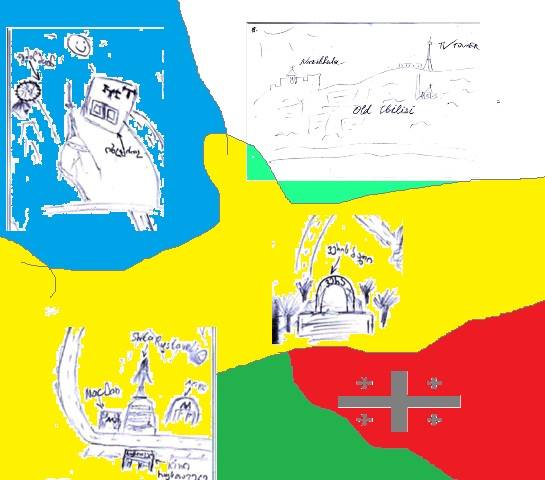 CRRC, ARISC and American Councils present the 13th and final talk of the Fall 2015 Works-in-Progress season:

"Ethnonational Imaginations and Representations in a post-Conflict Setting: the Case of Georgia"
Babak Rezvani, University of Amsterdam

The purpose of this study is to examine how different majority and minority ethno-religious groups in Georgia represent their social environment at different geographic levels; i.e. their city, region and country. Are there any discrepancies visible in the respondent-generated mental maps, flags and coats of arms, made by members of different ethno-religious groups?

This research answers these questions using the “mental mapping and interview method, similar to that used by Nas and his colleagues and inspired by Kevin Lynch’s (1960) approach. Members of the majority ethnic groups and a number of minorities in Georgia will be asked to draw mental maps, flags and coats of arms, individually and in collaboration with other members of their group, and will be interviewed. Symbols are powerful carriers of meaning. The routine, banal and everyday, expressions of nationhood often use tangible and visual symbols. The project will pay particular attention to the occurrence of symbols in the respondent generated mental maps and interviews. Additionally, a questionnaire will be distributed to a large number of respondents and will be analyzed.

Dr. Babak Rezvani is a political scientist/ geographer and has taught many courses on Ethnic Relations, Geopolitics and methods of research in social and political sciences in Amsterdam and in Tbilisi. He has served as a member of the governing board of the research school Ceres (Research School for Resource Studies for Development). Currently, he is the chairman of Association for the Study of EthnoGeoPolitics. His recent book is entitled Conflict and Peace in Central Eurasia: Towards Explanations and Understandings.