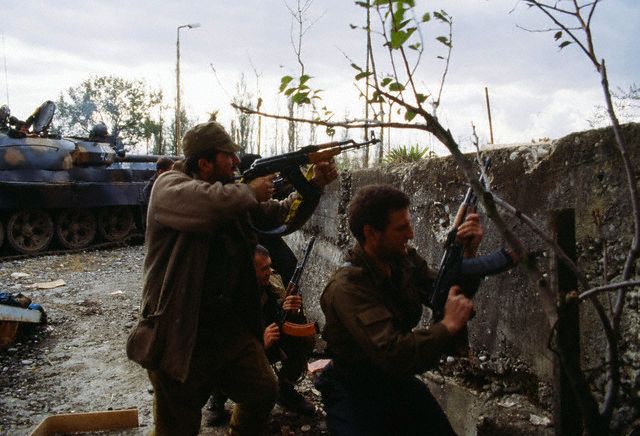 WiP: Ethnocentrism and the Use of Force in Georgia, March 25 - Chris Anderson

Chris Anderson, PhD Candidate in Political Science, University of Iowa
"Ethnocentrism and the use of force in Georgia, 1990 to 2014"

Chris will present data from a number of public opinion surveys conducted in Georgia over the last 20 years that investigate changes in the level of ethnocentrism in Georgian society and how this affects Georgian attitudes towards violence and the use of force.

Ethnocentrism is a term to describe the degree to which people identify with their in-group and dislike other out-groups. It has been shown to be an important predictor of support for the use of force in the United States. Ethnocentric individuals were not only more likely than non-ethnocentric individuals to support the recent wars in Iraq and Afghanistan, they were also more likely to support an aggressive foreign policy during the cold war. However, despite clear evidence from the American literature that ethnocentrism is positively related to support for the use of force, systematic work cross-nationally is lacking. This is unfortunate because it is far from clear that results from the American literature will hold cross-nationally. This is particularly true regarding support for the use of military force; the position of the United States as the world’s only superpower (and thus its ability to use military without serious repercussions) means that American attitudes towards the use of force are likely to be far from globally representative. Chris’s work, therefore, will expand upon the results from the United States in order to determine how ethnocentrism and use of force are related cross-nationally.