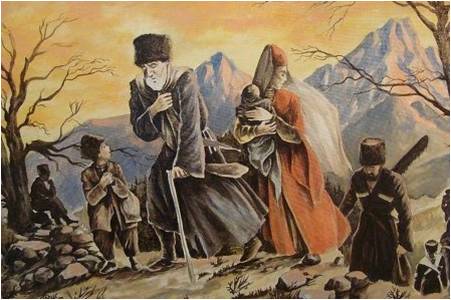 Integration of the North Caucasus region into the Russian Empire sparked mass emigration of Muslims into the Ottoman Empire. By the late nineteenth century, hundreds of thousands of North Caucasian Muslim refugees (muhajirs) resettled in the Ottoman state. A little-known part of the story is that of return migration to the North Caucasus. Some refugees undertook a return journey to the Russo-Ottoman frontier, and few of them succeeded in obtaining (or regaining) Russian subjecthood and a permission to resettle in the Caucasus. Return migration presented diplomatic and legal challenges, and a host of national security and humanitarian concerns for the two empires. This talk will focus on the attempts of return migration to Chechnya (1865-68) and Abkhazia (1878-80).

Vladimir Troyansky is a doctoral candidate in History at Stanford University. He received his undergraduate degree in Arabic and International Relations at the University of St Andrews and a Masters degree in Islamic and Middle Eastern Studies at the University of Edinburgh. In 2014/15, he is conducting fieldwork for his dissertation, with support from the Social Science Research Council's International Dissertation Research Fellowship.