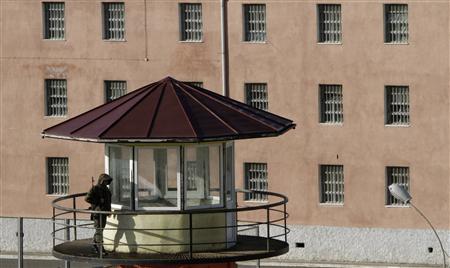 Gavin Slade and Vakhtang Kekoshvili
The Pains of Prison Reform: Violence, Trust and the Prisoner Society in Georgia

In post-Soviet countries, highly evolved prison subcultures exist. These subcultures frame social relations between prisoners and with staff, create rules and norms of behaviour and mechanisms for endowing informal authority, resolving disputes, and dividing labour and personal space. In many countries of the post-Soviet region, prison reform takes aim at this subculture. Reforms aim to end the architectural legacies of the Soviet camp system, its communal living and prisoner self-governance, in favour of western style cellular prisons. In Georgia, this reform in the years 2004-2012 has been strongly linked to anti-organized crime policy. Infamously, the reform in Georgia collapsed into scandal in September 2012 when videos were released from new and reformed prisons showing the torture and abuse of prisoners by staff. This talk examines prison life and the bases for violence in a system in extreme transition. It asks basic questions about how prisoners establish trust, signal identity, spread reputation and resolve conflicts at a time when established, prior informal mechanisms are in flux. These questions are then linked to the issue of growing violence in the penal system. The talk is based on a comparative analysis of interview data with ex prisoners who entered the Georgian prison system at different points in the last twenty years. This is supplemented by data from two surveys of prisoners in Georgia.

Gavin Slade is a research fellow at the Centre for Area Studies at the Freie Universitat, Berlin.

Vakhtang Kekoshvili is a doctoral candidate and anthropologist at Ilia State University, Tbilisi.