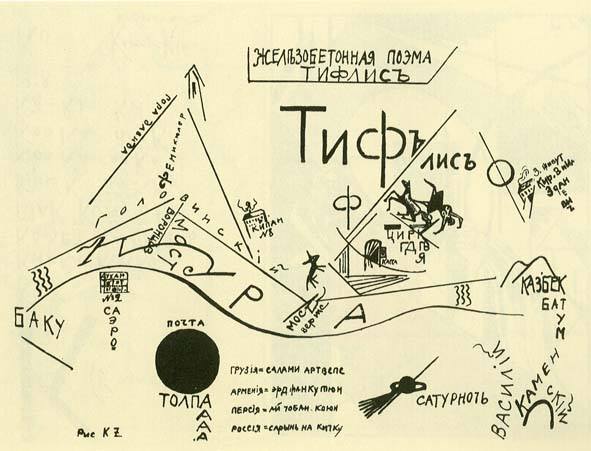 Georgia’s legacy of ethnic diversity and its relative peace and stability during the First World War and Russian Revolution made the cosmopolitan capital, Tbilisi, a unique site of cultural interchange and aesthetic synthesis during this period. Akin to Zurich Dada, Tbilisi Modernism was marked by tightly knit coteries of artists and writers, café culture and a sense of alienation from the destructive processes taking place across Europe. At the same time, the emergence of the independent Democratic Republic of Georgia supplied political motivation for the creation of new a Georgian art that would incorporate the latest achievements of European Modernism while preserving the hallmarks of national identity. Taking the graphic works of Ilya Zdanevich and Alexey Kruchenykh as the primary exhibit, this presentation examines the chimerical responses of the Georgian avant-garde to multifarious aesthetic and political challenges of the late 1910s and early 1920s.

Marlow Davis is a Ph.D. student in the Department of Slavic Languages and Literatures at Columbia University in the City of New York. His work combines the methodologies of comparative literature and art history, focusing on Modernism in Russia, Georgia and Ukraine. His research in Georgia is supported by the Harriman Institute.