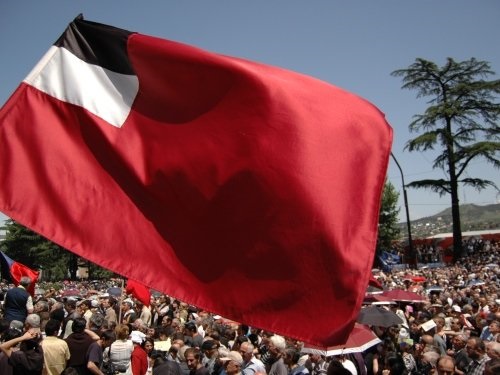 Works-in-Progress on Georgian Social Democracy
CRRC, ARISC and American Councils are pleased to announce the 8th talk of the Fall 2016 WiP series!


Professor Stephen F. Jones received his Ph.D (Georgian Social Democracy in Opposition and Power, 1918-1921) from the London School of Economics and Political Science in 1984. He has taught at the University of California, the University of London, and University College, Oxford. He was a Research Fellow at Harvard University and a Senior Associate Member at St Anthony's College, Oxford. Since 1989 he has taught at Mount Holyoke College in the US. Professor Jones has written over 70 articles and chapters on Georgian affairs. Since fall 2014, Professor Jones is a Vice-President of ARISC. He is a Fulbright scholar at Tbilisi State University.

*****
W-i-P is an ongoing academic discussion series based in Tbilisi, Georgia, that takes place at the new office of CRRC-Georgia at Chkhikvadze St. 1 (former I. Chavchavadze Ave. 5). It is co-organized by the Caucasus Research Resource Centers (CRRC), the American Councils for International Education: ACTR/ACCELS, and the American Research Institute of the South Caucasus (ARISC). All of the talks are free and open to the public.