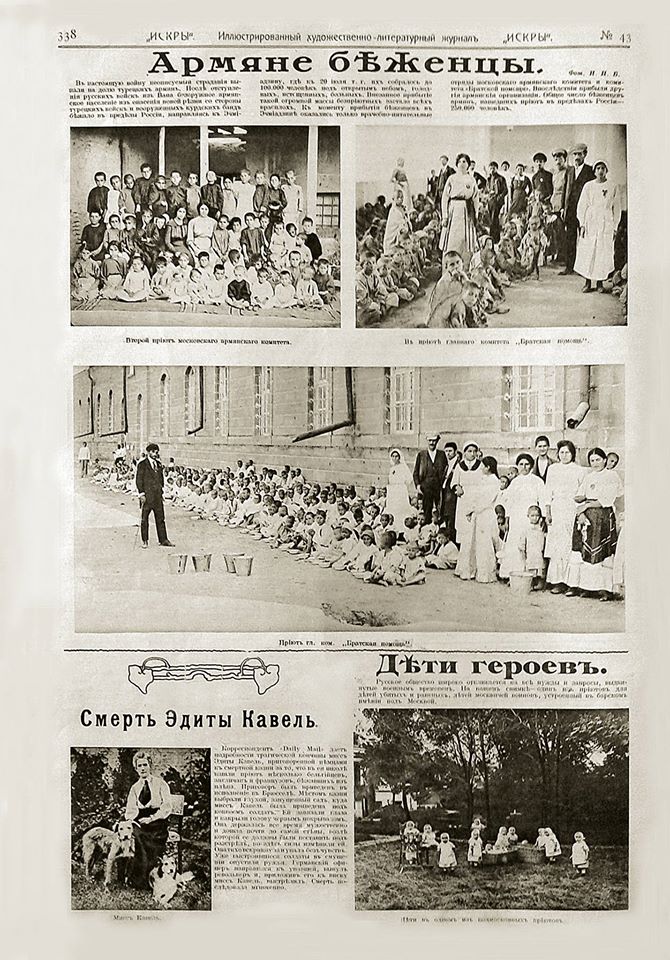 
“Russia” and “humanitarianism” are rarely coupled in the historical literature on the 20th century. Yet, my research emphasizes the importance of exploring imperial Russia’s response to the Armenian refugee crisis on the Caucasus battlefront of World War I. The recognition of an emergency situation by Russian imperial authorities transformed political and public reaction to genocide into action: substantial Armenian relief work. The imperial government as well as a number of non-governmental organizations established in the Russian empire provided assistance to hundreds of thousands of Armenian refugees.

What was the Russian imperial government’s vision with regards to the future of Ottoman-Armenian refugees? Did Russian authorities have a concrete plan for the occupied territories of eastern Turkey? Was the Russian relief work for Armenians humanitarianism or was it part of a larger imperial or colonization project? Or did these agendas overlap? Besides, to what extent were policies of Russian authorities towards Armenians general rather than specific?

Addressing these questions my talk plumbs the motivations for humanitarian assistance and the Russian context of humanitarianism. Drawing upon materials in military and historical archives in Moscow and St. Petersburg, in the Armenian National Archives in Yerevan, and the Georgian Central Historical Archive in Tbilisi for the first time, my work offers new perspective on Russian policy towards Armenians during the genocide and elucidates complexity of Russian humanitarianism during the Great War.

Asya Darbinyan is a PhD Candidate at the Strassler Center for Holocaust and Genocide Studies, Clark University (Worcester, MA). Her dissertation explores the Russian Empire’s response to the Armenian Genocide and to the refugee crisis at the Caucasus front of the Great War. Previously, Darbinyan worked at the Armenian Genocide Museum-Institute, Yerevan, as a senior research fellow and the Deputy Director of the museum. As a European Holocaust Research Infrastructure (EHRI) Fellow, Darbinyan pursued her project on comparative study of humanitarian assistance for Armenians during the Genocide and for Jews during the Holocaust, at Shoah Memorial, and Nubarian Library of AGBU, Paris, and as Carnegie Research Fellow at University of California, Los Angeles, she studied the Near East Relief publicity campaign for Armenian orphans, under supervision of Prof. Richard Hovanissian. She has scholarly articles published in Armenian and in English, and a chapter in volume Plight and Fate of Children During and Following Genocide - Genocide: A Critical Bibliographic Review, co-authored with Dr. Rubina Peroomian.