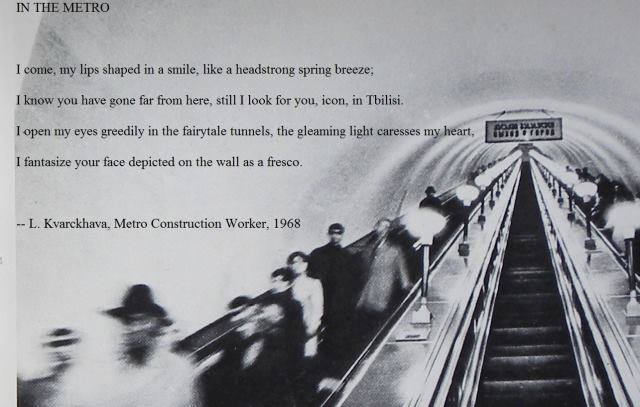 The Icon and the Metro: Art and Architecture in 1960s Tbilisi
CRRC, ARISC and American Councils are proud to present the 2nd talk of the Fall 2017 Works-in-Progress series!

Paul Manning, Trent University: “The Icon and the Metro: Art and Architecture in 1960s Tbilisi”

Professor Paul Manning received his PhD in linguistics from the University of Chicago in 2001. He has taught anthropology at Northern Illinois University, Reed College, and Bard College. His research focuses on linguistic and semiotic anthropology in Europe (Wales) and Eurasia (Georgia). He has done fieldwork on Welsh speaking populations in Wales, Argentina and on Georgian speaking populations in Georgia and Russia.
Tweet