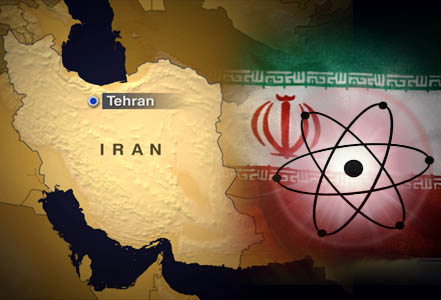 WiP: A Crisis in the Caucasus: The Implications of the Iranian Nuclear Crisis for Georgia and the South Caucasus, 6 November - Sarrah Bechor

American Councils and CRRC present the 10th talk in the Fall 2013 Works-in-Progress Series!Sarrah Bechor, IREX IARO FellowA Crisis in the Caucasus: The Implications of the Iranian Nuclear Crisis for Georgia and the South Caucasus
Wednesday, 6 November, 2013 at 6:15pmISET/CRRC Georgia, Zandukeli St. 16, Tbilisi, GEORGIAThis study will explore the regional implications of the ongoing Iranian nuclear crisis for the states of the South Caucasus, and Georgia in particular, and will consider the stakes present for the foreign and national security policies of Georgia, as well as its neighbors, Armenia and Azerbaijan. This study will examine the regional geopolitics and deterrence policy adopted also by friends and adversaries of the South Caucasian states, namely: the United States, Iran, Israel, Europe, and Russia. These lend specific significance to and reiterate the complexity of the divergent stances pursued by Georgia and its neighbors. In this study, of great interest is the potential for the current and eventual trajectory of this crisis to require that Georgia and its neighbors more explicitly define their roles in this context. These questions of their possible roles as well as scenarios of escalation or resolution guide this project and its conclusions as this high-alert crisis situation develops.---Sarrah Bechor is currently in Georgia on a 3-month IARO Fellowship with IREX researching the impact of the Iranian nuclear crisis on Georgian foreign and security policies. She is a recent graduate of the Master's in Eurasian, Russian and East European Studies Program at Georgetown University, where she focused largely on Georgia. Sarrah received her BA degree from the Macaulay Honors College at Queens College, where she composed her Honors thesis on the Georgian democratization process. Her professional experience includes time at the Permanent Mission of Georgia to the United Nations, the Caucasus Research Resource Centers, the US-Russia Business Council, and work with the filmmaking industry promoting a documentary on human trafficking--among others. Sarrah has presented work at the 2012 Annual Association for the Study of Nationalities World Convention at Columbia University, and will speak to her current research at the upcoming 2013 Annual Convention of the Association for Slavic, East European and Eurasian Studies in Boston. ********W-i-P is an ongoing academic discussion series based in Tbilisi, Georgia, that takes place at the International School of Economics (ISET) building (16 Zandukeli Street). It is co-organized by the Caucasus Research Resource Centers (CRRC), the American Councils for International Education: ACTR/ACCELS, and the American Research Institute of the South Caucasus (ARISC). All of the talks are free and open to the public.The purpose of the W-i-P series is to provide support and productive criticism to those researching and developing academic projects pertaining the Caucasus region.Would you like to present at one of the W-i-P sessions? Send an e-mail to natia@crrccenters.org.