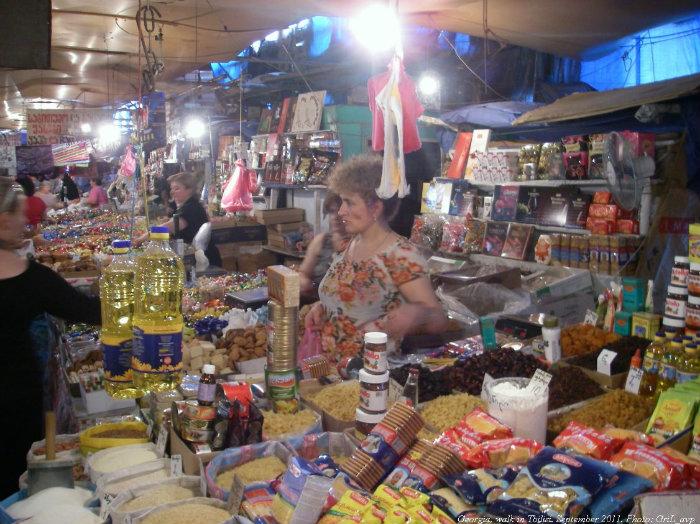 WiP: The Informal Post-Socialist Economy. Tbilisi, Georgia, May 1 - Abel Polese
CRRC, American Councils and ARISC are proud to present the 12th talk of the Works-in-Progress Series for the Spring 2013 Season!

Abel Polese, Tallinn University"The Informal Post-Socialist Economy"
Wednesday, May 1, 2013 at 6:15pmISET/CRRC Georgia, Zandukeli St. 16, Tbilisi, GEORGIA Abstract: The main goal of the research is to demonstrate the significance and dynamics of informal economic practices in post-socialist spaces, not only as survival strategies but also as phenomena that persist and outlive economic transition. It does so by comparing case studies from different categories of people in a wide range of post-socialist realities.Most accounts of informality, from a variety of scholarly traditions, are based on exclusive explorations of ‘losers of transitions’, assuming that this is a phenomenon restricted to lower-income segments of society and adding to the literature on ‘survival strategies’. Such accounts often meet and merge with the vast literature on corruption to either see informal economic practices as an evil to eradicate, or alternatively, in an effort to advocate the existence of several contextual moralities, they tend to adopt a double standard: whilst justifying the survival strategy adopted by the ‘losers of transition’, who need informal transactions tosurvive, they condemn similar actions performed by ‘winners of transitions’, who use them to accumulate wealth and influence, sometimes on an unimaginable scale.Our findings challenge the view that informal economic practices relate solely to poverty/economic status. Whilst the way informal practices are performed, produced and maintained may depend on the economic status of a country, they also reflect phenomena that cannot be grasped through an exclusively economic or rational actor/individualist approach. In this respect we argue, and our case studies demonstrate, that informal practices are also expressive of sociality embedded in a given context and alternative ways of engaging with the production of the political by strata of the population that may be excluded from core political processes. Such practices could express a desire to participate in economic processes but also to make up for the lack of attention a state has devoted to social issues and self-realisation of its citizens.A key innovative feature of the project book is the use of ‘composite informants’ throughout the whole volume. The informant for each chapter has been constructed from the material collected during years of fieldwork from many informants. Alternatively, it is a real informant that the author has deemed representative of a category and the comparison with other peopleor similar categories will be presented in a way that is more immediate, vivid and compelling than in traditional ethnographic accounts.Abel POLESE (PhD - ULB, MA - College of Europe, BA Naples) is senior research fellow at the Institute of Governance of Tallinn University and guest professor at the Corvinus University of Budapest. Prior to this endorsement he has been research fellow in the University of Edinburgh (2008-2011), Dresden (2006-2008) and Odessa (2003-2006). He has published extensively on social protests in Eastern Europe and the former USSR and is currently researching the links between the so-called Colour Revolutions and the Arab Spring. He is co-editor in chief of Studies of Transition States and Societies, a journal focusing on former USSR spaces and indexed in SCOPUS. His most recent publications include: Informal Economies in Post-Socialist Spaces: Actors and Dynamics (London and New York: Routledge, 2013, with J. Morris); The Colour Revolutions in the Former Soviet Union: Successes and Failures, London and New York: Routledge, 2010 (with D. Ó Beacháin)
********
W-i-P is an ongoing academic discussion series based in Tbilisi, Georgia, that takes place at the International School of Economics (ISET) building (16 Zandukeli Street). It is co-organized by the Caucasus Research Resource Centers (CRRC), the American Councils for International Education: ACTR/ACCELS, and the American Research Institute of the South Caucasus (ARISC). All of the talks are free and open to the public.The purpose of the W-i-P series is to provide support and productive criticism to those researching and developing academic projects pertaining the Caucasus region.Would you like to present at one of the W-i-P sessions? Send an e-mail to natia@crrccenters.org.
Tweet