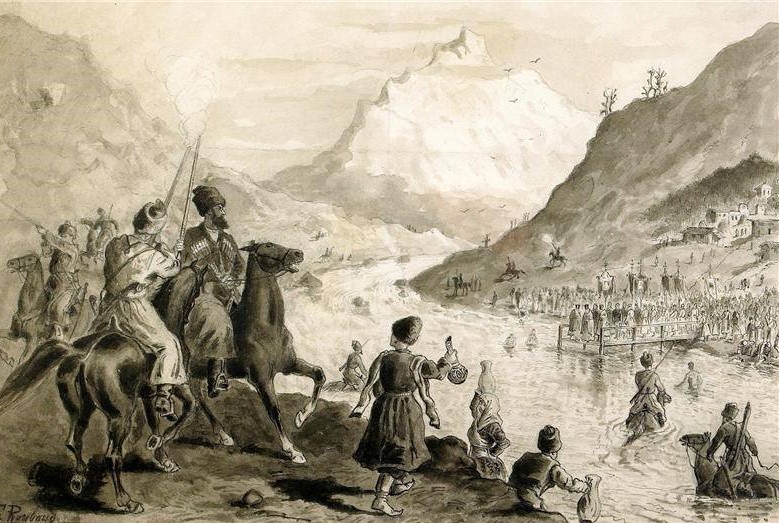 Religious Conversions in the 19th Century Caucasus
CRRC, ARISC and American Councils are proud to present the 3rd talk of the Fall 2017 Works-in-Progress series!

The borderlands of the Caucasus mountains have been the site of fierce territorial contestation and enduring religious rivalries. The communities that historically inhabited this region were frequently subjected to the tumultuous aftermath of the shifting power balance of the empires that sought to control and dominate the Caucasus. This talk will present a brief examination of actual cases of religious conversion and apostasy in the Caucasus contextualized in the Russian imperial laws. The talk will aim to shed light on the ongoing scholarly conversation about the politics of religious identity and religious toleration in the Russian Empire and the Caucasus in particular.

Sergey Saluschev is a PhD candidate in the Department of History at the University of California, Santa Barbara. Sergey’s research examines cultural intersections, religious movements, and history of slavery and unfree labor in the XIX century Caucasus mountains.
Tweet